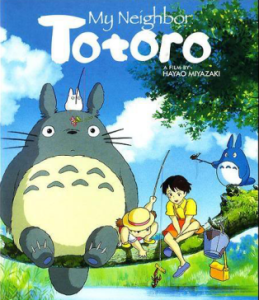 My Neighbour Totoro has become quite an iconic film over the past few years, it has become so popular that it became the logo for Studio Ghibli

Directed by Hayao Miyazaki, My Neighbour Totoro’s story is that of a family who have decided to move to a new home they have moved to a fairly quiet location in the countryside, I imagine that they moved here to live a peaceful life style but little did they know that where they have moved to is also a hangout for many different spirits.

In any other film this would usually lead to a scary or spooky movie but surprisingly in this film the spirits are just there and they don’t seem to alarm or bother anyone in the family.

As you may have guessed one of the neighbouring spirits is the huge Totoro who has a surprising resemblance to the Pokemon Snorlax.

The two girls Mei and Satsuki discover Totoro and the entire film is essentially them interacting with him and that’s what sort of makes it so good, Totoro is a very peculiar character as he seems very human he likes to take naps, he catches the bus (well a spirit bus, which also a cat) and in general he doesn’t actually do much, he doesn’t have much dialogue so making him a lovable character is mostly about the pacing of his actions and the animators really nailed this one on the head, yeah Totoro doesn’t do much but he is so well animated that every time he smiles, bounces or yawns its hard not to love him and the timing of these actions are its difficult to explain without me just telling you to watch the movie but if you do will see what I mean.

The family are great in this movie the dad is a hard working individual but he is also seen to be a lot of fun in many scenes of the film but by far the best characters are the two sisters, these girls honestly seem like real sisters in real life the older sister can at times be bossy but caring and the younger sister is excitable, very curious and genuinely quite innocent 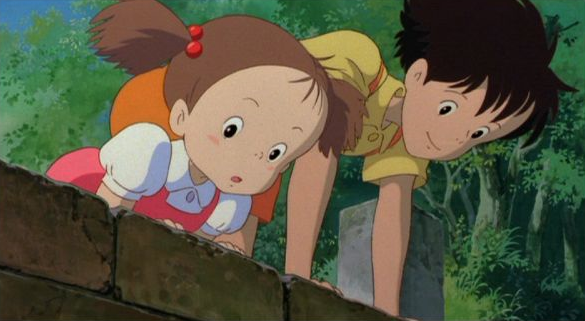 Like I said not a lot goes on in this movie there is a climax near the end of the film but its nothing too crazy so don’t get your hopes up.

I’m not huge on the music in this film it’s not bad I just don’t think that its very memorable but the animation is really something special, at times the animation looks similar to every other Studio Ghibli film but every now and again something really cool and interesting will show up, everyone loves Totoro and his character design but personally I don’t think anything can top the cat bus its so bizarre that this movie has a bus that is also a cat but it looks so cool that you just really want to ride it. 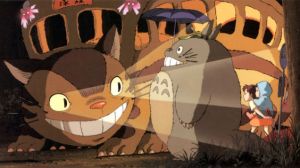 My Neighbour Totoro is a special film as its surprisingly brilliant, not a lot goes on in the movie but everything is so well paced and well animated that the entire film is very memorable, the animation and character designs are pretty superb and every character in this film is interesting and likeable, if you ever want to watch a movie that you can chill out too and also appreciate its brilliance then My Neighbour Totoro is the film for you.

Thank you for reading my review of My Neighbour Totoro 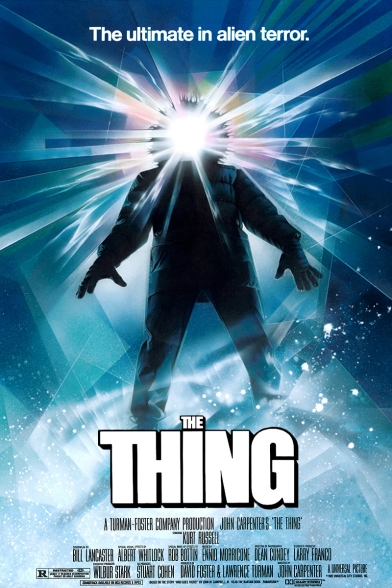 The Thing is a Sci Fi and Horror movie written by Bill Lancaster and Directed by John Carpenter.

The Thing follows the story of American researchers in Antarctica who due to an unfortunate incident discover a strange alien creature that is able to take the form of any living entity it consumes, after discovering malformed humanoid bodies and a dog that had been affected the men become paranoid of who they can trust as the creature could have taken the form of anyone in the group.

For me the best part of the film was the creature design, of course technically the creature can take the form of any living organism it pleases, however its the grotesque visuals when the creature is in mid transformation that it is most visually pleasing, each time this happens the form it takes is different but all of them are disgusting and really horrifying.

The entire cast is memorable and so are the characters they play but by far the two most recognisable actors who also give the best performance in my opinion are Keith David who plays Childs who you may recognise from my review of They Live and Kurt Russell who plays Macready the lead character of the film but putting these two aside everyone in the film did a fantastic job.

The Thing is an amazing film and the suspense and mystery of it is something that you don’t see much in films today, you don’t know where the creature is for a large chunk of the movie and while the characters in the film don’t know who to trust neither does the audience, and even to this day some questions about the creature have gone unanswered leaving many viewers to have to try and theorise certain areas of the movie for themselves.

I hope you enjoyed this review of The Thing (1982) if you respect my opinion I will respect yours.