Spirited Away is a fantasy film which was written and directed by Hayao Miyazaki, it is often considered to be one of the greatest animated films of all time.

Chichiro and her family are moving to a new home but on the way her father decides to take a short cut which leads them to what appears to be an abandoned theme park, in reality this is actually a bath house for the residents of the spirit world, Chichiro’s parents find a pile of food and help themselves and this decision representing greed turns them into pigs. 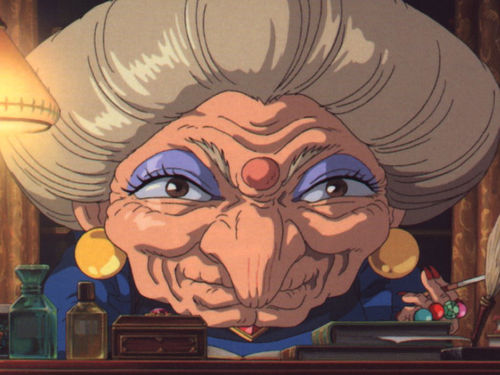 Her parents are eventually captured and placed into a pig pen leaving Chichiro with no choice but to sign a work contract with the boss of the bath house Yubaba, the creatures in the spirit world hate humans so this was the only choice Chichiro had to survive and find time to save her parents. 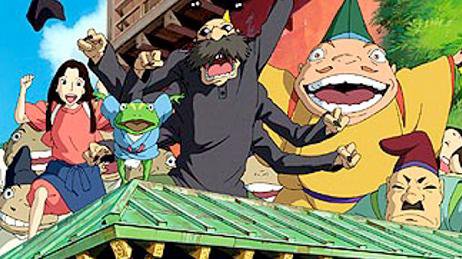 My favourite part of this movie is the animation and the artists designs for the various creatures and spirits that either work or visit the bath house.

There are tons of creatures in the bath house, the designers really went to town on bringing life to to this world and it’s creatures. 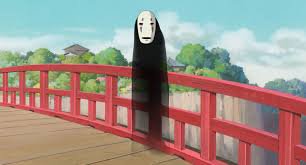 No face is the most memorable spirit in the film and is one of the most recognisable characters in Studio Ghibli, no face is quite troublesome creature it can create anything to trick people into feeding it but it also feeds on other creatures. 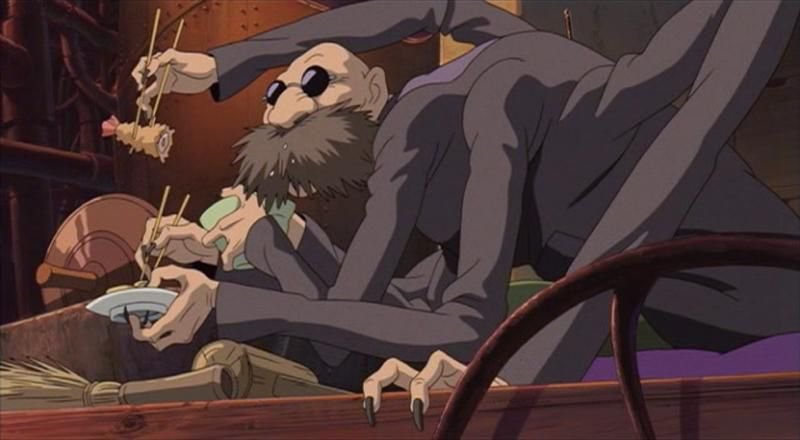 Another favourite character of mine is Kamaji, he’s a creature with eight arms that works in the boiler room of the bath house, he quickly becomes friends with Chiricho and becomes s great help near the end of the film.

Haku is a major character in the film and is easily the reason that Chiricho survived all of her encounters in the bath house. 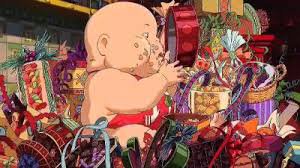 The last creature I will talk about is Boh he is the baby of Yubaba, he’s literally a giant bratty baby and is one of my favourite characters mainly for how silly the creature is.

What I think makes Spirited Away stand out from other Ghibli movies is that it has a massive world that we don’t fully get to see but it leave us wanting to see more of it and I would love a sequel to explore more of this. 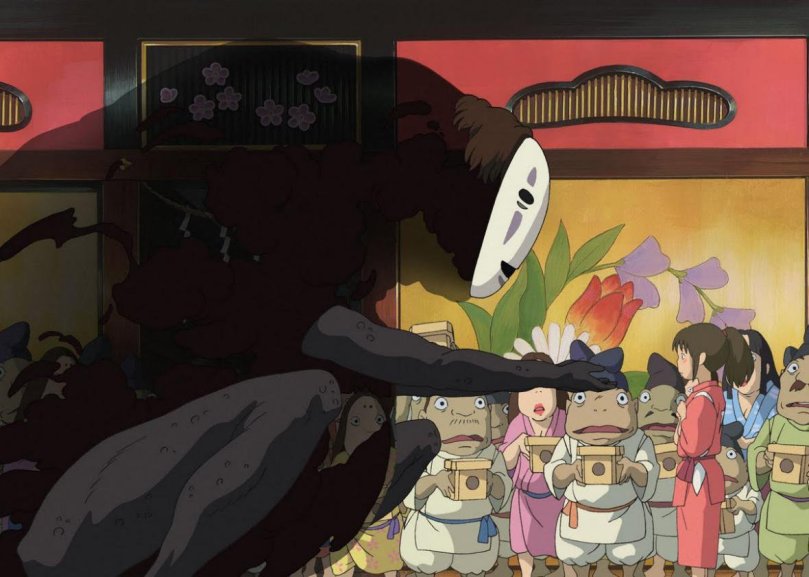 Spirited away is an amazing film, it tackles themes of maturity, coming of age and drama, its a film that has a strong message of the effects of greed and how your decisions affect both yourself and those around you, again there isn’t really a villain in this film and while some characters are nastier than others it doesn’t make them bad, I think the moral of the film is to take a minute and think before making big decisions in life as a rushed decision may lead to un-friendly concequences such as eating mysterious food or letting a strange spirit into the bath house.

Over all a very good movie but also an very important movie that is both entertaining and in a sense educational, Spirit Away truly is a masterpiece and should not be missed .

I hope you enjoyed this review of Spirited Away