As a sequel to one of the greatest  horror classics of all time its a very difficult task to try and replicate the influential masterpiece of the 1931 film starring Bela Lugosi. This film does not have Lugosi to give his chilling performance so the new vampire played by Gloria Holden had to really try and wow audiences.

Gloria Hoden pictured here next to co star Irving Pichel was a beauty on the screen and gives a wonderful performance by portraying a character that does not want to be a monster but is still driven to hurt and kill others in order to get her fix of human blood. 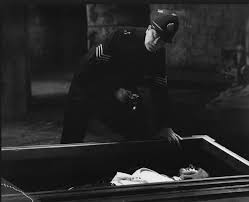 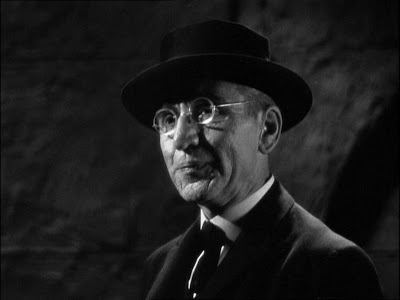 The film begins where the last movie ended, Van-Helsing (Edward Van Sloan) had just slain Count Dracula but he is unfortunately captured by two policeman who arrest him and take him to Scotland Yard for questioning

While Van-Helsing is in custody the Countess Marya Zaleska steals her fathers body and burns it in the hope of turning her into a mortal as she is desperate to remove her cravings for blood and live free of the curse of being a vampire.

The movie is tragic and very sad, you really feel sorrow for the Countess and are left on the edge of your seat praying that Van-Helsing can prove that Vampires exist and is able to save himself from the gallows or a sanitarium. Van-Helsing calls for Dr Garth (Otto Kruger) a Psychiatrist and one of his ex-students for help defending his sanity. 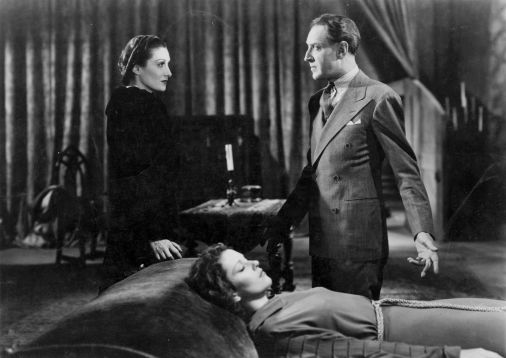 Draculas Daughter does not have the same impact as the original film but I wouldn’t say its only because of a lack of Bela Lugosi but also because both of the films have a different atmosphere and pacing, the original film was creepy and slow but this one is faster paced and at times rather comical, I would argue that Dracula (1931) was scarier but that Dracula’s Daughter is more entertaining due to it packing more of a punch and is a lot more lively

I hope you enjoyed this review of Dracula’s Daughter (1936)

nine years after the first movie, a sequel to Alien was made and this time James Cameron took the directors chair, before writing and directing aliens, James Cameron had done the same for the Terminator two years prior. 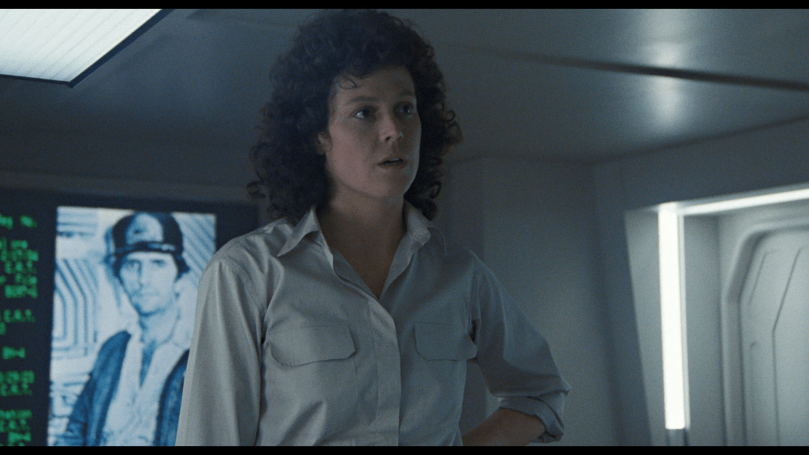 Fifty seven years after the first movie Ellen Ripley is discovered sleeping in status in a shuttle that is floating through space, after being rescued her employers do not believe her claims that an Alien slaughtered her entire crew and left her with no choice but too blow up the ship.

A colony has been set up where the alien eggs were found in the first movie,  when contact with the colony is lost Ripley is asked to go with a group of marines to check out the disturbance, while at first unsure Ripley eventually agrees and goes along after it is confirmed to her that the mission is to completely destroy the Xenomorphs.

Aliens is more of a cheesy action movie when compared to the dark and creepy horror film which was the original, this film is crazy fun and has all of the cliches to go with it, you have a sarcastic sergeant who always has a cigar in his mouth, a bad ass child character who is way more useful than any of the adults and some crazy marines that are full of banter and funny one liners, this may seem strange when compared to the first movie but the silly nature works surprisingly well here and the combination of scares, action and silliness helps to make this my favourite film in the franchise. 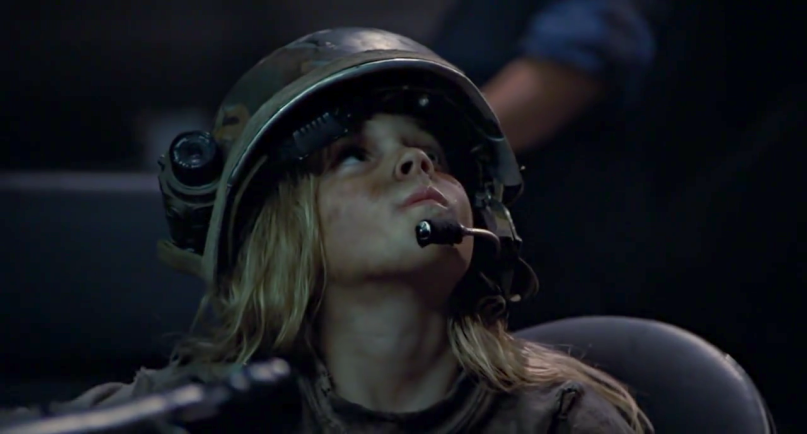 Speaking of our child actor I want to give some credit to Carrie Henn that played Rebecca Jordan aka Newt, Newt was discovered by Ripley and the marines during the mission, Newt is an orphan who lost her brother and mother to the aliens and once she finds trust in Ripley she helps her and the marines with the mission. Newt is a great character and it adds more tension to the movie when there is a child involved and she is just fairly bad ass throughout making the audience root for her survival.

The set for Aliens is very similar to the first movie however there are more of them and since more lights are used in the film they help to show more details of the architecture. In my personal opinion I think the sets in Aliens are cooler,way more interesting and way more scary, the first film was scary because you couldn’t see much of the Alien but here there are loads of them and you get to see all of the grisly details up close including a horrific cocooning scene where the aliens cocoon their victims next to a non hatched Face Hugger egg leaving the victim forced into a grizzly fate.

Aliens is an amazing sequel to one of the scariest movies of all time, the first film created a genre while this one expanded on that and  gave us a different take on the series, this the alien movie where aliens get blasted, flattened, burned alive and blown to bits and its awesome, the movie once again ended on a cliff hanger leaving audience desperate for more.

I hope you enjoyed this review of Aliens (1986) if you respect my opinion I will respect yours.

Dracula is one of the most influential horror movies ever made and it was Bela Lugosi’s performance as the sexy and manipulative Count Dracula that really made the film as successful as it was and it was, the way that Lugosi acted out his role with his Hungarian accent and struggles with the English language that allowed him to give such a unique performance and it is Lugosi’s accent that most people copy when trying to imitate the famous vampire.

Dracula is a classic tale of a malicious vampire from Transylvania who moves to England to seek some unsuspecting women so he can drink their blood and take control over their minds and bodies.

Many people love the peformance of Dracula given by Bela Lugosi however my favorite performance in the picture is that of Dwight Frye who plays Renfield, Renfield is the real estate agent who meets with the Count to sell his castle before moving to England Renfield is bitten by the count and becomes and insane maniac, its Renfields laugh in the movie that sends chills down my spine.

The rest of the cast each give fantastic peformances but no one stands out more than Edward Van Sloan who plays the Monster Hunter Van Helsing, Van Helsing is also a professor of science in this interpretation of Bram Stokers classic tale.

As I have previously stated Dracula is an excellent movie which really helped inspire many of the popular horror directors of today, the performances are chilling and the atmosphere is dark and eerie, you can really appreciate how far movie effects have evolved by watching this film, there is a scene where Dracula transforms into a bat and how they pulled this off was a rubber bat attached to a fishing rod and it still looks good, I love Dracula its one of my favorite older horror films and its the perfect flick for this Halloween, the Blu-Ray of Dracula is filled with special features including an alternative score, two documentaries a commentary track and the original Spanish version of the movie.