Dracula is one of the most influential horror movies ever made and it was Bela Lugosi’s performance as the sexy and manipulative Count Dracula that really made the film as successful as it was and it was, the way that Lugosi acted out his role with his Hungarian accent and struggles with the English language that allowed him to give such a unique performance and it is Lugosi’s accent that most people copy when trying to imitate the famous vampire.

Dracula is a classic tale of a malicious vampire from Transylvania who moves to England to seek some unsuspecting women so he can drink their blood and take control over their minds and bodies.

Many people love the peformance of Dracula given by Bela Lugosi however my favorite performance in the picture is that of Dwight Frye who plays Renfield, Renfield is the real estate agent who meets with the Count to sell his castle before moving to England Renfield is bitten by the count and becomes and insane maniac, its Renfields laugh in the movie that sends chills down my spine. 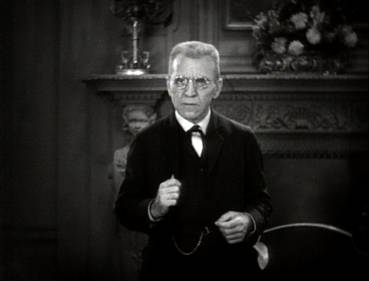 The rest of the cast each give fantastic peformances but no one stands out more than Edward Van Sloan who plays the Monster Hunter Van Helsing, Van Helsing is also a professor of science in this interpretation of Bram Stokers classic tale. 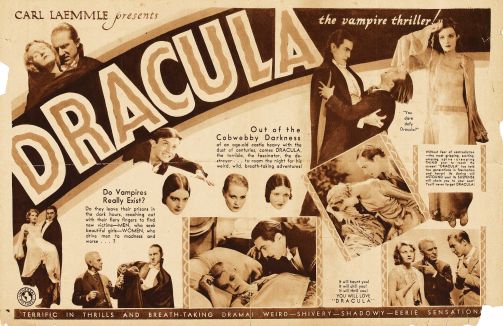 As I have previously stated Dracula is an excellent movie which really helped inspire many of the popular horror directors of today, the performances are chilling and the atmosphere is dark and eerie, you can really appreciate how far movie effects have evolved by watching this film, there is a scene where Dracula transforms into a bat and how they pulled this off was a rubber bat attached to a fishing rod and it still looks good, I love Dracula its one of my favorite older horror films and its the perfect flick for this Halloween, the Blu-Ray of Dracula is filled with special features including an alternative score, two documentaries a commentary track and the original Spanish version of the movie.