I will admit that is only scratching the surface of Looney Tunes media but in the future I might do more parts depending on how popular this one is, so with out further ado lets get into some of this rather complicated history.

It all stared with Rudy Ising and Hugh Harman ex animators for Walt Disney in the 1920’s, when Disney’s animation studio moved to California Ising and Harman stayed behind in Kansas City where they attempted to start their own animation studio.

Unfortunately this plan failed leaving them to work for Walt again on his Alice comedies and their biggest star at the time Oscar the Lucky Rabbit. 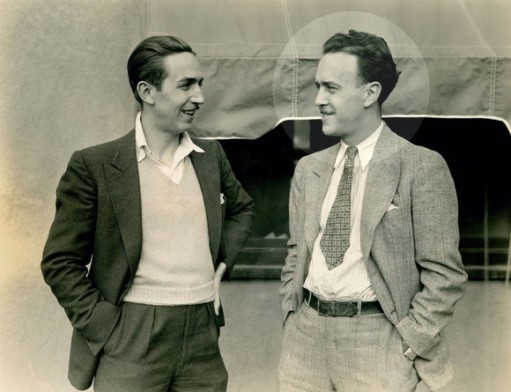 Not long after this Disney’s Producer Charles Mintz (Pictured on the Right) left the studio and took Oscar the Lucky Rabbit With him, along with Ising and Harman who did a lot of work on the previous Oscar shorts, a few very successful shorts came from this decision but ultimately it all went down hill when Universal Pictures who owned the rights to Oscar the Lucky Rabbit started their own animation studio replacing Charles Mintz and leaving Ising and Harman unemployed.

Ising and Harman in desperation to continue their dream of animating funded a live action- animation hybrid short about a black character named Bosco, this short paid off and got the animators working with Warner Bros.

Eventually Bosco starred in many of his own shorts under the name of Looney Tunes and as well as this the animators also made other various shorts with Warner Bros under the name of Merrie Melodies a name that was a parody of Disney’s popular shorts Silly Symphonies. 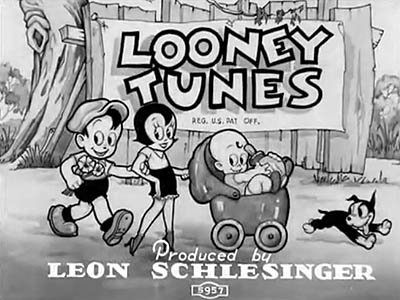 After a disagreement on their contract Ising and Harman left Warner Bros and kept the rights to Bocso.

After losing Bosco Warner Bros made a new character to star in the Looney Tunes named Buddy.

Buddy was not as popular as Bosco was so Warner Bros hired new directors to help increase popularity in the Merrie Melodies and Looney Tunes  shorts.

Tex Avery, Friz Freleng and Bob Clampett where chosen and together they helped to make some very memorable shorts including what I consider to be one of the most important animated shorts of all time “I haven’t got a hat” this short introduced us to Beans the Cat and other animal friends including the first ever appearance of Porky Pig. 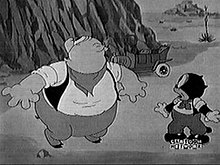 Beans the Cat, Porky Pig and the other animal friends went on to star in their own shorts and while these were all very good, Porky Pig remained a fan favourite and the others were very soon forgotten about.

In 1936 Mel Blanc was hired to voice some new Looney Tunes Characters that became popular between 1936 and 1944, these included Bugs Bunny, Elmer Fudd and Daffy Duck as well as others that became popular and beloved over the years. As the years went by more characters were added to the Looney Tunes family such as Sylvester the Cat, Tweety Pie, Wile Coyote, Road Runner and others.

These characters boosted the Looney Tunes to immense popularity making them a serious rival to Disney at the time, four of their shorts are now included in the national film registry which means that they will always be preserved and protected, these films are Porky in Wacky Land, Duck Amuck, One Froggy Evening and my personal favourite Looney Tunes short What’s Opera Doc.

While these characters kept up their popularity and went on to win many academy awards this is the brief history of how they originated and in the future I might discuss the more unique variations of Looney Tunes that came decades later but for now I will leave you some YouTube links to Looney Tunes compilations to check out and I will see you for the next part of Looney Tunes month where I will be tackling one of their many video games.