Star Fox Zero is the seventh game in the Star Fox franchise and since it is the first game in the series to be released after an agonising ten year gap I suppose you could say it’s very important but after such a long wait for a new Star Fox game was this one worth it?

If you’ve ever played the Star Fox games before then you know that for the majority of the series the concept and general plot is very similar with only small details making up the biggest differences, for those who dont know Fox Mc Cloud is the leader of Star Fox a mercenary aerial attack team that travel the Lylat System keeping it safe from dangerous enemies and unknown threats, Star Fox Zero is another reboot of the original Star Fox for the Super Nintendo this has been done two times prior to Zero’s release in Star Fox 64 and Star Fox 64 3D,  the plot of each game is very basic but very sad and when you finally win your victory feels so much more rewarding due to this, James Mc Cloud was the original leader of Star Fox, James was on a mission with his team consisiting of himself, Peppy O Hare and Pigma Dengar they traveled to the Planet Venom where they were to defeat a mad scientist named Andross who was threatening to take over the universe, before he could complete his mission James learns that his partner Pigma had set a bomb in his Arwing before they began the mission but it was too late and James was killed, Star Fox Zero takes place 5 years later, Andross has declared war on Corneria and now Fox Mccloud and his team Peppy O Hare, Falco Lombardi and Slippy Toad must travel to the Planet Venom to defeat Andross once and for all.

Star Fox Zero is an arcade style on rails space shooter, you take control of the Arwing by moving the game pad around in order to aim with motion controls, the idea of each stage is too destroy as many enemies on screen as you can before the level ends, some stages have secret objectives that can be completed in order to send Fox and his team onto a different path which ultimately ends with them moving onto some secret stages, at the end of most stages is a either a boss fight or an aerial battle against Star Wolf and the rest of Andross’s Henchmen.

My Favourite part of Star Fox Zero was the ability to swap between the Arwing and the Walker with the ease of a button, the reason the walker is so useful is because it allows the player to have full control over the vehicle, this is particularly useful when you are fighting a difficult boss or if you need to hack an enemy vehicle or computer.

The two biggest complaints I hear about this game is one that its too short , I personally disagree with this as I really enjoy short games however Nintendo should not have charged such a high price when this game originally came out, there is an unlockable arcade mode available after you beat the story mode but its nothing more than the main game without any power-ups or health upgrades, the second big issue people have with Star Fox Zero is the motion controls, I will admit that the controls do a take a while too get used too but I personally didn’t find them that difficult too use and people often fail to notice that the motion controls can be switched out for a regular analogue control on the games pause menu, one great choice Nintendo made with the controls was how easy it is to now pull off a U Turn or a Somersault, both of these allow much easier control over your vehicles and unlike some of the older games in the franchise here they can pulled off with the simple click of a button, sometimes aiming at enemies on the TV can be a little bit of a challenge but if you look at the game pad you will have a view from the cockpit which makes aiming much easier. 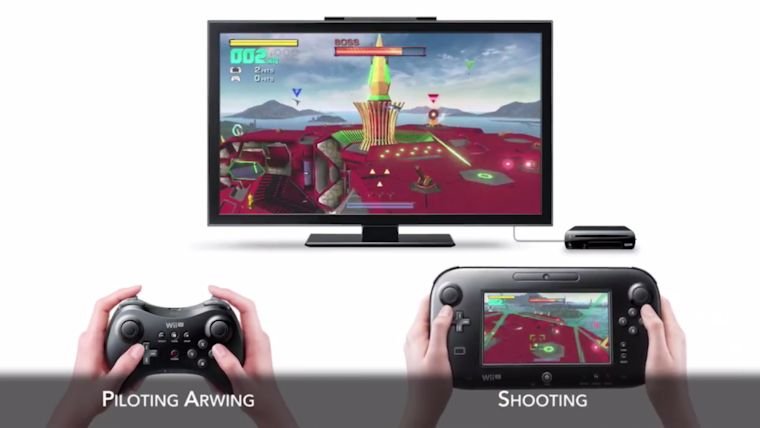 A really cool feature here is the ability to play the campaign on co-op with a friend, one player will fly the vehicle while the other will take aim and fire at enemies, I personally don’t recommend this mode, I tried playing it with my brother and to be honest unless your shooting its a little bit boring, I don’t understand why we couldn’t have just played as two separate pilots as this would have been way more fun. 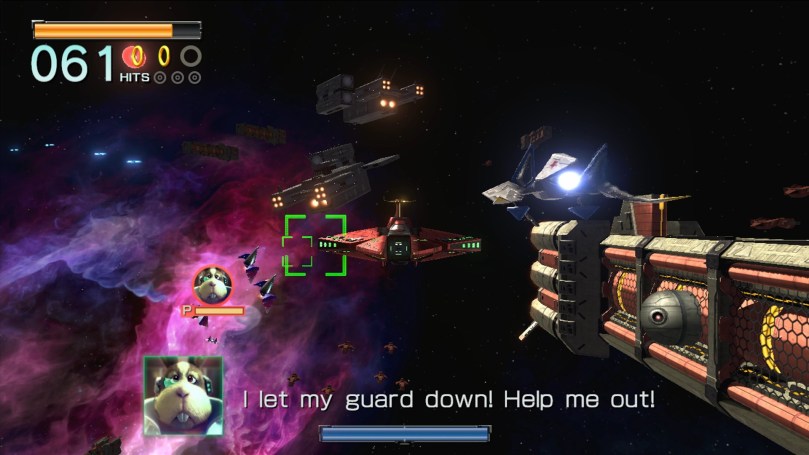 The graphics are very impressive for a game as simple as Star Fox, I will say that largely civilised planets such as Corneria are much easier to appreciate than the sections where you are fighting in space, in these sections you will mostly see enemy ships and debris coming towards your Arwing and that is essentially the only major things you will see during those parts of the game where as when your in a city you  will see flowing rivers, large buildings and waterfalls.

To be honest I have never been a huge fan of the music in the Star Fox Games and my opinion here is the same, I don’t recall the majority of the music and I don’t have much to say about it, however I will put a link below so you can check it out.

Star Fox Zero is far from the best game is the series but it’s still an excellent addition to your Wii U collection, I had an awesome time blasting my way throughout the Lylat System and yet again taking down the evil Doctor Andross, sure the controls took a while to get used too and this is one of the easier Star Fox Games to beat but its not so easy that it doesn’t provide a challenge, I still died a few times during the main game and Andross had me screaming before I finally beat him, I do wish that Co-op was a little better than it was but I’m sure someone could have fun with it, Star Fox Zero may not have been the perfect return for Fox Mc Cloud and his friends but he’s been on worse adventures than this.

I hope you enjoyed my review of Star Fox Zero for the Nintendo Wii U, I gotta admit it was nice to talk about a Nintendo Series we’ve never had chance to review before, maybe I should talk about some other Nintendo Series at some point, thanks again for taking your time to read this review.