A year and a half ago I reviewed a mediocre Philosophers Stone game for the PC, it was a fairly bare bones 3D platformer that was way too short and it skipped over many of the best moments from the film and the original novel, today we will be taking look at the PC video game of the second book in the series Harry Potter and the Chamber of Secrets. 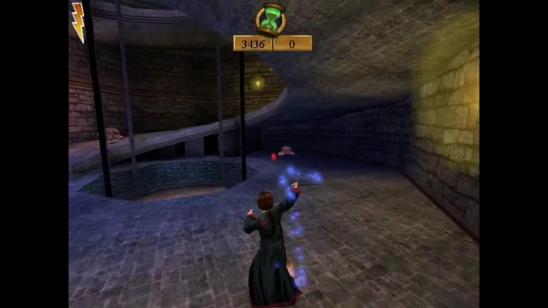 You play the game as Harry Potter the boy who lived who is attending his second year at Hogwarts school of Witchcraft and Wizardry, just like the first game this is a 3D platformer where the objective of the game is too attend classes and beat challenge maps, a huge difference here is how you learn spells, in the first game learning magic was awkward because you needed to trace over shapes with your mouse and with such a limited amount of time performing this task became very difficult, thankfully the game designers have taken a different approach with the sequel as now instead of tracing we instead need to hit corresponding keys on the keyboard in a specified order in the style of a rhythm game.

Quidditch matches have also been heavily modified and I don’t like the changes they have made here, instead of having complete control over your broom so you can fly freely the game controls the broom for the player and all you need to do is bump into the enemy seeker until you are close enough to catch the golden snitch, its boring, it has no challenge at all and the worst part of it is that it feels like the game designers were just being lazy and were trying to rush out the game. 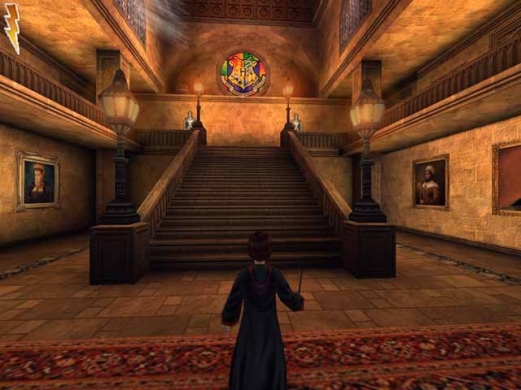 The graphics are impressive when compared to the first game, everything is smoother and less pixelated but for a game from 2002 they are still pretty bad, on the bright side the level designs are more detailed and are genuinely more interesting to explore, the best part of the game is finding all of the secrets around Hogwarts castle and the castle grounds, through out the game you will learn an array of spells which can be used to defeat enemies and open up secret passageways where you may find a famous witches and wizards card. 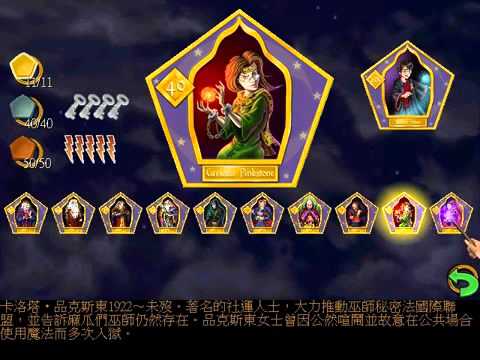 The first game had only 25 cards to collect and for doing so all you would receive was a slightly extended ending, this game has a whopping 101 cards which is the staple for the majority of the Harry Potter games, the cards come in three categories, gold, silver and bronze, the bronze cards are common and for every 10 you collect you will gain an additional health bar, the silver cards are uncommon and for every ten of those you find you will come one step closer to accessing a bonus area which can only be accessed once the player finds all 40 of the silver cards, the bonus room is a platforming level, which is full of enemies and puzzles, the player has a set amount of time to try and find the 11 rare gold cards in the game, again I don’t think its worth going out of your way to collect these but honestly it was much more fun to do so here than it was before.

You can buy cards from other students around Hogwarts by using Bertie Botts every flavoured beans which can be found throughout the game, this isn’t necessary since every card can be found hidden inside and around the school but it is helpful if you don’t want to back track later on, the best way to collect beans is by entering the bonus bean room which you can only access if your house has the most points during the segments of the game where Dumbledore tallies up the house scores.

The music in the game is what can be expected from a cash grab title that was made to help push DVD sales but its fun to listen too and not once is it annoying nor does it take away from the game play experience.

Harry Potter and the Chamber of Secrets for the PC is a fun little game that is worth picking up if you manage to find it really cheap but if you cant your really not missing out on much, I can quite happily say that this is a good game but its far from a great Harry Potter gaming experience 6.3/10