Ariel is a mermaid who wants to be human and after what appears to be an entire movie trying to do this she makes a deal with an evil sea witch called Ursula. Ursula turns Ariel into a human but if she doesn’t find and kiss her prince within three days she will become one of Ursula’s slaves. Ariel doesn’t manage to do this and then gets captured by the sea witch, her father king Triton takes Ariel’s place, because of this Ursula gets hold of the crown and becomes what appears to be an evil Goddess but unluckily for her Prince Eric drives a ships broken bow right through her stomach. With Ursula defeated Triton turns Ariel into a human again and Ariel and Eric get married.

The evil sea witch splits the mermaid’s tail in two and when she goes on land she pours blood everywhere, the prince finds this to be pretty funny and makes the mermaid dance for him while she suffers humiliation and pain. The Prince is to marry another woman and if he does the mermaid will dissolve, in order to save herself the mermaid must convince the prince that she saved his life. Unfortunately the mermaid doesn’t succeed and is told that she can save herself from a nasty fate if she proceeds to murder the prince. The mermaid disagrees and returns to the sea which leads to her dissolving.

The fox and the hound 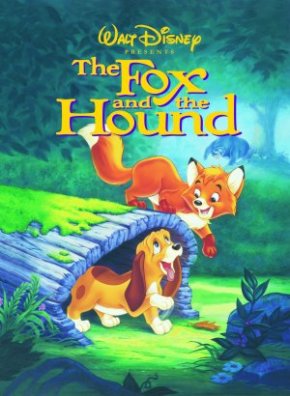 The fox and the hound ends with Copper the hound protecting his childhood friend Todd the fox from his master. Todd then goes and settles down with a vixen while Copper carries on his life as a happy working dog.

In the book the hound is a blood thirsty beast who wants revenge on the fox for the death of one of his fellow hounds during a hunt. Once the hound sniffs out the fox’s home the hounds master proceeds to kill both the fox’s vixen and her cubs. The hound proceeds to chase down the fox until the fox eventually dies of exhaustion, the hound and his master go home but the master shoots the hound because a child got infected by rabies and the hound was to blame. The master was then sent to a rest home. 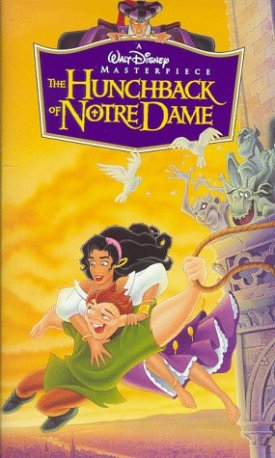 Frollo proceeds to set the Gypsy Esmeralda on fire while Quasimodo is chained to his bell tower in perfect view of the deed, using a combination of his strength and his anger Quasimodo breaks free and rescues Esmeralda, Phoebus proceeds to smash the crap out things and Frollo meets his fate when he is cast into the fires of Paris. With frollo defeated Quasimodo realises that Esmeralda is way out of his league and so he gives her Phoebus, Quasimodo is then carried though Paris and celebrated for his heroic deeds.

Esmeralda has three potential suitors and no Quasimodo is not one them because she is quite clear when she tells him that he is a hideous beast, one of the suitors happens to be Phoebus who eventually wins her heart and gets his way with her. Frollo stabs Phoebus in the back (he doesn’t die) and blames Esmeralda for the deed, Esmeralda is hung by the neck until death in the public square for all to see. Quasimodo throws Frollo from the top of the cathedral and then proceeds to climb into Esmeralda’s grave, curls up with her body and then starves to death.

Well there you have it Disney really can make the most horrible of things magical and nice, but these are not the only stories Disney have changed and I can’t wait to share some more endings with you however I can’t do that until I have read the books so until then.

I hope you enjoyed this blog

This blog was written by Dan (Padawan)