Sonic the Hedgehog was the first video game I ever played, those of you who know me personally will know that I was first introduced to video games when my Uncle handed me down his old Sega Mega Drive when I was about six years old. When I received the Mega Drive it came with a fuck load of games some of titles I remember were Mortal Kombat 3, Street Fighter 2, Alien 3 and both Sonic 1 and Sonic 2. 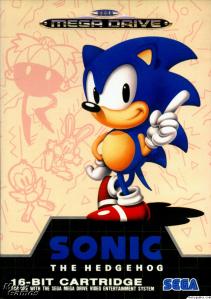 The cover art looks great Sonic is adorable but he also has a cocky attitude to him and this really helped Sega reach a wider audience.

Putting the box art aside, does the original Sonic the Hedgehog hold up 23 years later

First of all lets talk about the visuals, this game is beautiful and everything is pretty well animated, every enemy is unique in the way they attack and move, sometimes even the background objects will move but the best example of this is in Green hill zone as sometimes the grass and plants move about in the wind. The game has seven zones and each zone has three acts, at the end of act three is always a fight with the games antagonist Doctor Robotnik (Egg man)

Marble Zone- An underground lava themed stage, lots of cool secrets and an awesome part where Sonic needs to run away from flowing Lava. 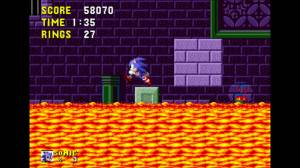 Spring Yard Zone- This Zone kinda Sucks, nothing really unique apart from there is a lot of springs and also these extremely annoying blue robots which are almost impossible to avoid. 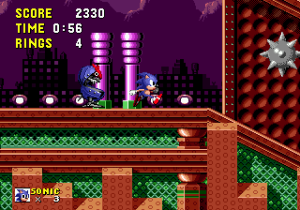 Labyrinth Zone- By far the most challenging part of the entire game, Labyrinth Zone is an under water themed zone,this makes sonic extremely slow, making it hard to avoid enemies and too reach checkpoints and also he can drown which means annoying your going to die music. Have Fun 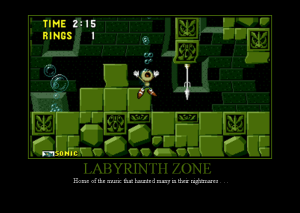 Star Light Zone- My favourite Zone in the game, it has cool music, its based in space and in my opinion the level design is very well done as sonic can take multiple paths to help him beat the zone in different ways, also star light zone has one of my favourite audio tracks from any sonic game ever. 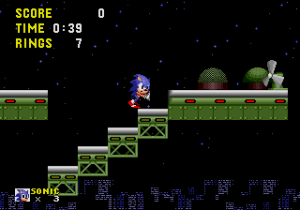 Scrap Brain Zone- What I truly consider the Final Zone, Scrap brain is very challenging in its platforming and enemy placement, Sonic is now in Doctor Robotniks lab and everything is out to kill you even the background objects. Also Scrap Brain Zone 3 is labyrinth zone with poisonous water which means half the amount of time to find air bubbles.

Final Zone- This zone is just the Final boss, a lot of people struggle with this boss but for some reason I have always found him to be pretty easy. just stand in a safe spot, avoid the electric balls and hope that he appears close enough for you to hit him, eight hits and he’s dead but don’t forget to hit him while he flies away otherwise it counts as a death.

While you are playing the game, getting 50 rings in either act 1 or act 2 of a zone will allow you to play secret stage so that you can try to collect a chaos emerald, these stages are really annoying and kind of pointless unless you just want to collect enough rings in the secret stage to get a continue. The idea is that if you get all 6 chaos emeralds you will unlock the best ending when you beat the game, This is great but the only problem is that the best ending is the same as the normal ending apart from their are happy dancing flowers, no im not making this up. 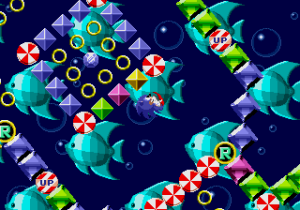 The Original Sonic the Hedgehog is a great game, Sega did a fantastic job, it has great visuals, an awesome soundtrack, unique level, enemy and boss designs and overall its just an awesome piece of nostalgic gold. My only real complaint is that the getting the chaos emeralds is pretty much pointless and that’s not good considering that the idea is to get the chaos emeralds. Overall Sonic is great it is one of my favourite games of all time and it
still holds up pretty well today 9/10