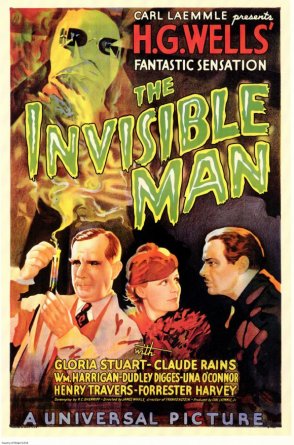 The Invisible Man is a bit of a cheat this month, it is part of the Universal Classic Horror collections but most people would say its belongs more in the Science Fiction Genre as it doesn’t do to much for it to be considered a Horror movie. 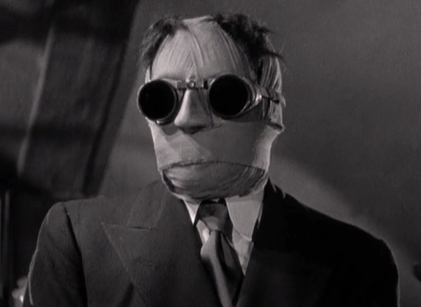 Claude Rains plays the scientist Jack Griffin who is the Invisible Man, for most of the picture Jack Griffin’s face is covered completely in bandages but I find he is more fun when you cant see him, this is due to Claude Rains past work as a theater actor, he had only worked in silent movies before he was hired by James Whale for the titular role of the Invisible Man, a fun fact of the casting process for the movie is that everyone thought that Claude Rains audition for the film was over the top and generally quite terrible however James Whale couldn’t stop laughing at how funny Claude Rain was and it convinced him to hire Rains for the leading role of the film.

Two of my favorite performances are by E.E Clive who plays the innocent and witty constable Jaffers and Una O Connor who plays the emotional bar owner Jenny Hall, she gives a very over the top performance filled with screaming and crying, a lot of people would likely find this annoying but in a weird way I find it charming. 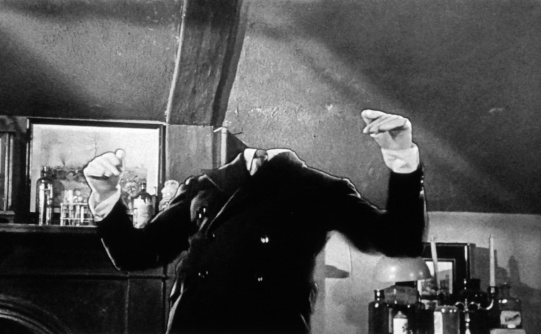 The effects in the Invisible Man were ground breaking back in 1933, this was before green screens and CGI so getting an invisibility effect to work was extremely difficult, when the Invisible Man had no clothes on the effect of him being in the room was done using cleverly placed wires which can be pulled to drag furniture and other objects, but when a shirt of trousers were to float in mid air and move as if they were being worn by an invisible person the effect was done by placing Claude Rains in a black velvet suit against a black background and it was very tediously pulled off using multiple shots in a matte process.

The Invisible Man is not a very scary film but it is a very impressive piece of cinema history, the effects are amazing, the acting is very over the top but also very funny and the wonderful cast really helps to make the film a beloved classic.

The Blu-Ray is unfortunately lacking in special features it does have one documentary and one commentary track however compared to the last three movies we have taken a look at this is rather disappointing.