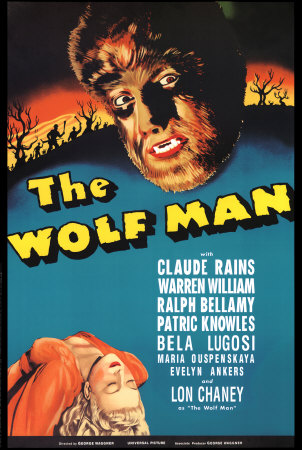 The Wolf Man is quite a peculiar production as for an older film it doesn’t throw the possibility of a monster into your face, it is entirely possible that Larry Talbot didn’t actually get turned into a werewolf and it may just be the trauma of him killing a wolf and the old folk tales that have driven him into madness and turned him into a serial killer who doesn’t know that he is a murderer. 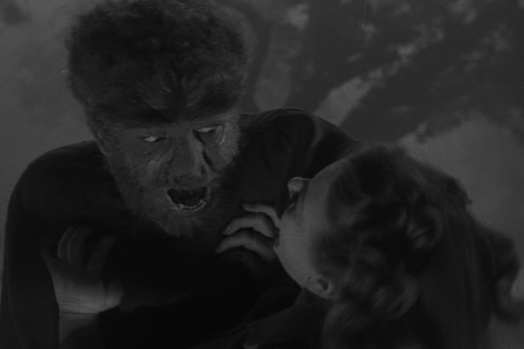 The Title role is played by Lon Chaney Jr who is the second son of Lon Chaney aka the man of a thousand faces, the Wolf Man is a very sympathetic monster and I would argue that he is the most sympathetic of the Universal Monsters even more so than the Frankenstein Monster because even though the Monster didn’t understand his actions and didn’t realise he was causing harm Larry Talbot had no control over his actions at all when he transformed into the Wolf Man and once he transformed back into a man he couldn’t even remember what he had done just a few hours before. 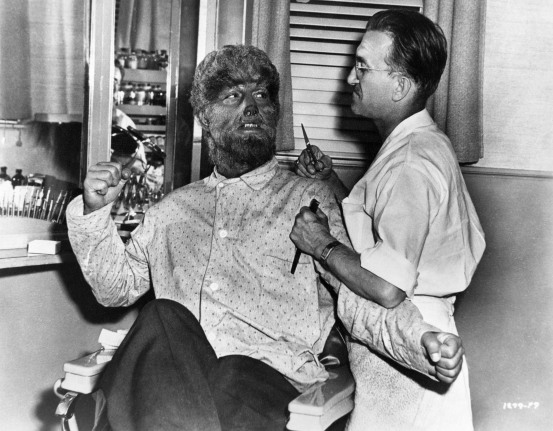 The make up for the Wolf Man was once again created by Jack Pierce who did work in some of the previous movies we have taken a look at this month, during the production process it is a well known fact that Lon Chaney Jr and Jack Pierce didn’t get along at all, the photograph above is very famous as it looks like Chaney is about to punch Jack Pierce in the face and while many believe it to be genuine I personally believe that Chaney is just messing around and having a laugh. 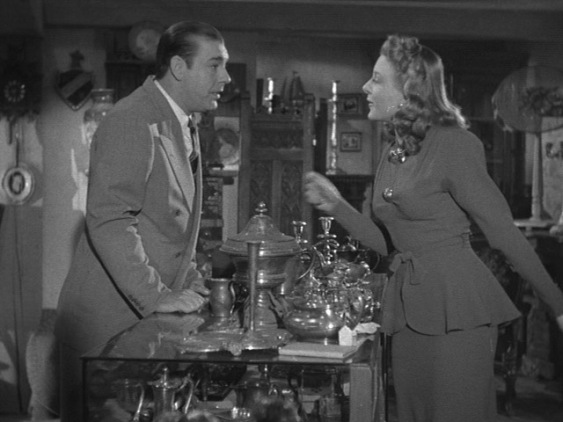 A few famous face made their way into the Wolf Man including big stars Claude Rains and Bela Legosi, other well known actors include the likes of Maria Ouspenskaya and Evelyn Ankers. 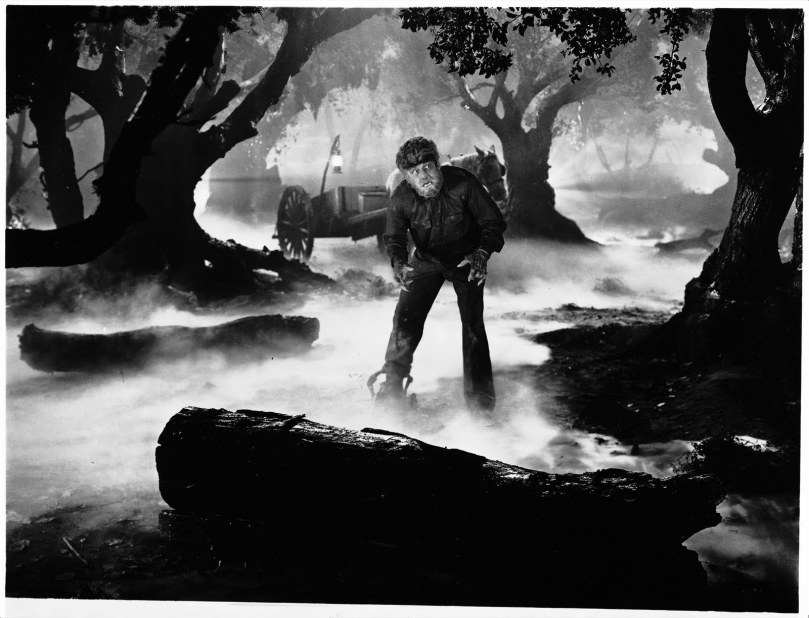 The sets and prop design for the Wolf Man are absolutely beautiful, from Talbot castle to the design of the silver cane and the most amazing set design has got to go to the forest where the Wolf Man makes most of his kills, the designers added a mystifying fog for a more spooky effect but I like to think that the fog is to symbolize getting lost in the forest while trying to hide from the wolf in a similar manner to Red Riding Hood or broadway productions such as Into the Woods. 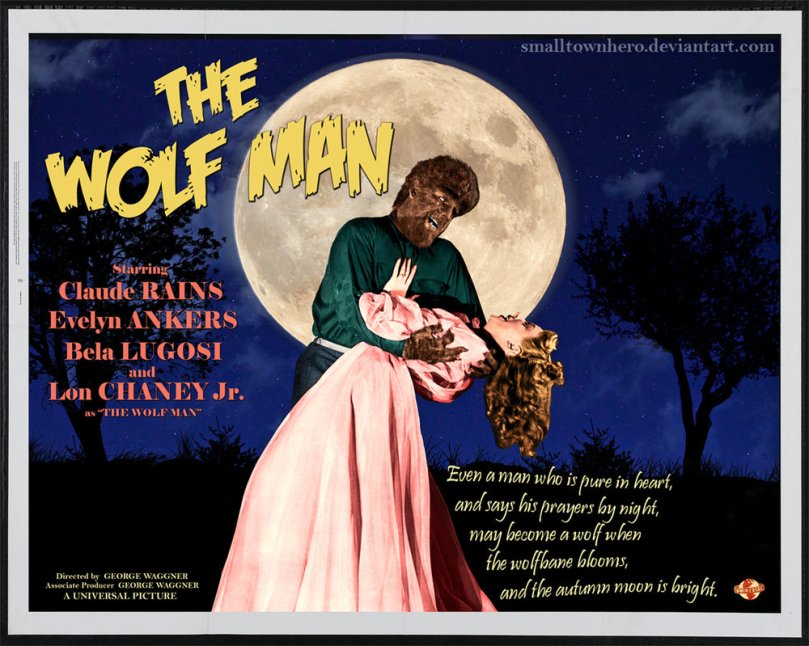 The Wolf Man is a really fun movie to watch, unlike the Invisible Man which used a lot of comedy to entertain its audience the Wolf Man is fun due to its fast pace, it has a good build up to the monster but unlike some films it doesn’t wait too long for its reveal, the movie is quite action packed for a horror and I am sure it would have scared the pants off people back in the day, a cool fact is that the Wolf Man created the legacy that were wolves can only be killed by silver and also that if they bite another person they too will transform into a were wolf.

With his hairy make up and terrifying growl the Wolf Man is a horror movie to watch every year.

The Wolf Man is generous with its Bonus Features it includes four documentaries, original trailers and a commentary track