Every December people watch and share their favourite Christmas movies with friends and family, but what about those films that are not necessarily Christmas related but tend to be watched around the holiday season, everyone has their own favourite films in this category but this month I want to share with you some of my not so Christmas favourites and we are going to kick start the month with 2002’s About a Boy. 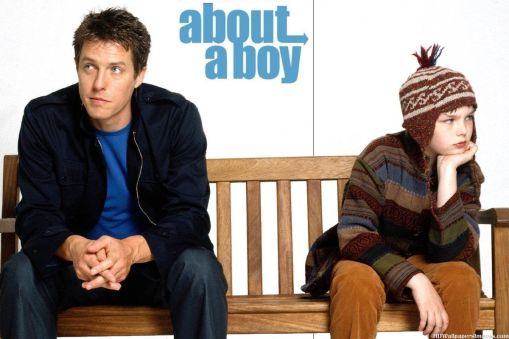 Based on a novel of the same name About a Boy is a drama starring Hugh Grant who plays a selfish, spoilt rich person called Will who has never had to work a day in his life and has never needed responsibility, our other star of the movie is Nicholas Hoult who plays 12 year old weird kid Marcus who is having troubles in school and at home 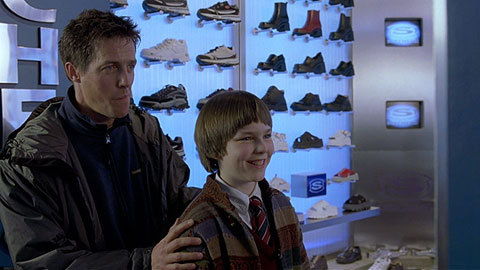 The film is a comedy as well as a drama and even though it is very funny with a lot of memorable moments for me the best part of movie is the interactions between Marcus and Will, Will is a childish prick who lies to woman for sex and doesn’t care about anyone but himself and Marcus is a misunderstood child who has an odd nature about him which causes him to be bullied at school  not to mention all of the trouble he also has at home with his suicidal and depressed mother.

Both characters are in need of guidance, Marcus needs to be more cool and Will needs to grow up and its just by chance that our two main characters happen to meet, just like two angels helping each other earn their wings, ok maybe that was a bit over the top but honestly it does sort of feel that way if you really get into the movie.

Apart from our main characters much of the supporting cast isn’t very memorable with the one exception of Toni Collette who plays Marcus’s mom she’s even odder than him and as previously stated a bit of a mess , its her character who brings just as many laughs as our two mains and I don’t think anyone could have played this character better than she did.

About a boy is forgotten classic which was very popular when it first came out but has been lost over the years, It packs a lot of laughs, emotions and goofiness and it really needs to aired more often on television, If you ever get the chance I highly recommend giving this one a watch

I hope you enjoyed my review of About a Boy

Want me to review a specific game/movie/product or do you have a general question you would like me to answer? if so please email me at

P.S. I am going on a Christmas vacation on Monday the 11th of December so next weeks review might be slightly delayed.