Chicken Run is a very unusual movie to say the least, Wallace and Gromit creators Aardman teamed up with Dreamworks animation to make an animated version of the Great Escape starring chickens and its fantastic. 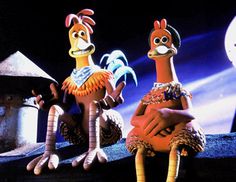 In a slightly kinder interpretation of a Nazi Concentration Camp Chickens are forced to produce eggs for their farmers and if they dont produce enough eggs for the week then its off to the chopping block, all of the chickens are miserable and want to escape but with the farmers Mr and Mrs Tweedy only living only a few feet away from the pen and their sadistic dogs killing any chickens that get out of the pen escape looks near impossible, that is until one day a rooster lands into the pen and Ginger (One of the chickens) sees this rooster as their saving Grace possibly giving them a chance to escape their captivity. 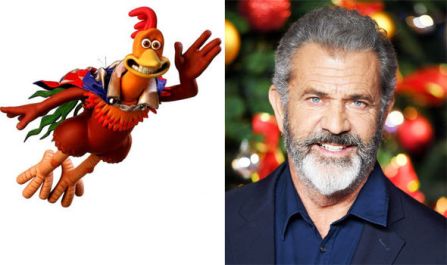 The Voice Acting in Chicken Run is really great but to be honest I don’t recognize much of the cast except for two people, the first is Miranda Richardson who plays Mrs Tweedy and of course Mel Gibson who plays Rocky the Rooster.

The Animation is done using stop motion, but like many of the past Aardman productions which have used this method the stop motion in Chicken Runs animation is so smooth that it may fool you into thinking it was made using CGI, due to the nature of the the film most of imagery is dark and depressing most likely to match the atmosphere of the film, I did notice that happier characters were decorated with brighter colours but I’m not sure if these colours were to help empathise their good spirits.

Chicken Run is one of greatest British animated films of all time and it needs to be seen by everyone, I’m not sure if it was released outside of Europe but if you haven’t seen it then you can stream it on Netflix or you can purchase the film if you would like to support Aardman to make more great movies.

I hope you enjoyed my review of Chicken Run

Want me to review a specific game/movie/product or do you have a general question you would like me to answer? if so please email me at