Two cups lose a bet against the Devil and in order to save their souls they must capture the souls of every other resident on their home island.

I think we will kick start 2018 with a review of one of the mos popular video games of last year a small indie title known as Cuphead don’t deal with the Devil. 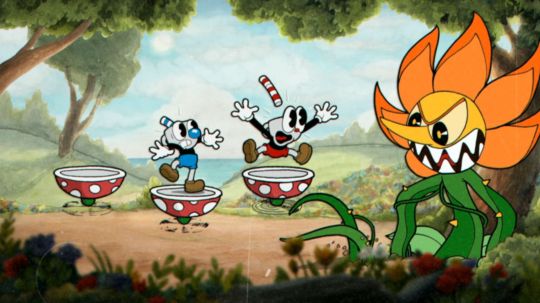 Cuphead is a run and gun sidescroller inspired by the cartoons of the 1930’s, Cuphead and his pal Mugman both take inspiration from Mickey Mouse and Oscar the Lucky Rabbit. 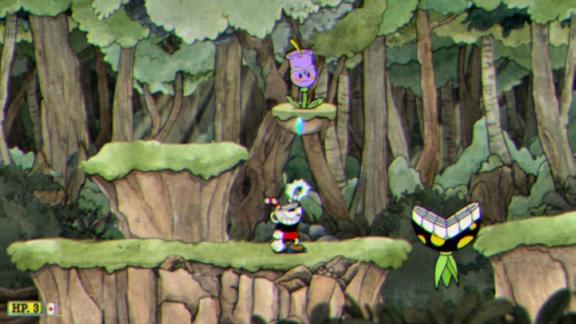 Cuphead offers three main level types, the first is a classic run and gun scenario similar to old arcade games, you will need to get from point A to point B without dying, this is extremely difficult due to the barrage of enemy types that constantly attack you, enemies do not often die without respawning and the army of creatures that target Cuphead and Mugman is relentless, some of these stages do have a mini boss which will need to be defeated however these bosses are nowhere near as difficult to beat as the games main challenges. 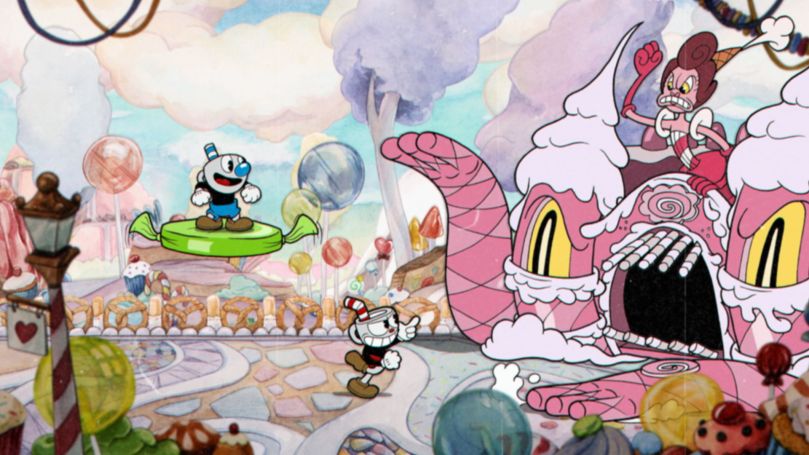 Boss Battles are another game type available for players to tackle, these boss battles are extremely tough and only the most patient and level headed players will be able to triumph in these scenarios, these boss battles are the best part of the game in my opinion, the animations make it seem as if you are watching an old cartoon and its just as wonderful to watch the game as it is to play it. 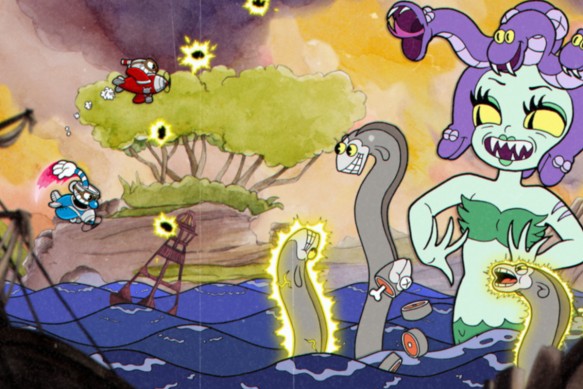 The final level variant in the game are on scroll shooters, these level types take obvious inspiration from the old space scooters of the day, Cuphead and Mugman enter aeroplanes and take on bosses who will constantly morph into different forms, many smaller enemies will spawn  for our two heroes to take on while also taking aim at the levels boss, I had the most difficulty with these level types. 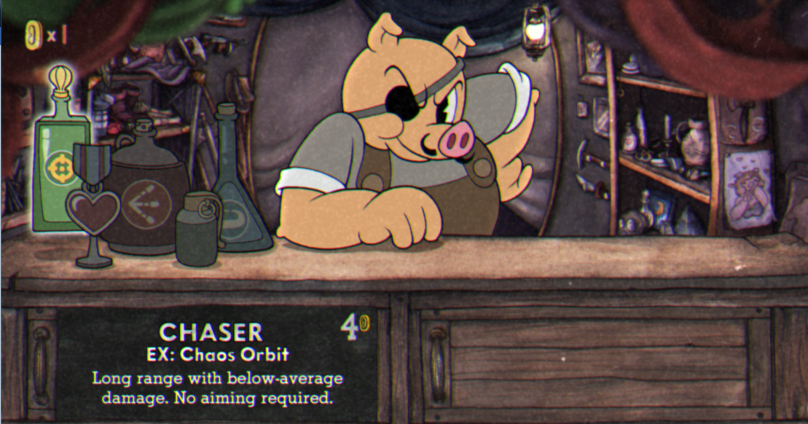 Cuphead and Mugman pack some pretty wild finger guns, the standard gun is powerful enough to get you through most of the game however if you feel like you wanna spice things up a bit then why not spend some of your well earned coins on some new ammunition or perhaps some new abilities 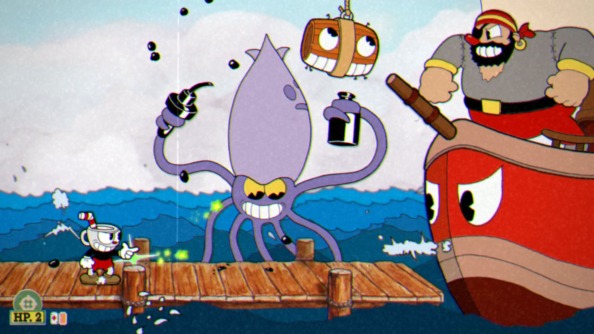 I don’t think I really need to emphasise just how outstanding the visuals are in Cuphead, as previously stated the game takes inspiration from 1930’s cartoons and the games artists have done an excellent job of making the game emulate this extremely well, not only does the entire game look like an old cartoon but its the smaller touches such as static on the screen which really help to make this game even more beautiful than its needs to be.

The soundtrack is just as wonderful as the visuals, a few tracks use vocals sang by a barbershop quartet but personally I prefer the frantic instrumental tracks during the run and gun sections, although its all very well done and well worth a listen.

Cuphead is one of the most creative games I have ever played and if you enjoy old cartoons and high reaction intense game play then this is the perfect game to add to your library, but if you don’t enjoy difficult games or if you are only just starting out as a gamer then this is one to skip as the game is very challenging, I really enjoyed Cuphead however it is a bit too short for the price the developers are asking for it costs 16 pounds for what is no more than a six hour experience so knock it down to a tenner and you’ve got yourself a bargain 9/10.

I hope you enjoyed my review of Cuphead for the Xbox One and Microsoft Windows.