Iron Man 3 is often considered the worst of the Iron Man films by fans, I believe this to be due to it’s slight change in tone from a fairly dark and semi serious franchise to something a bit more fun and energetic, don’t get me wrong it’s still dark and may be the darkest of the three films.

What stands out to me the most in this film compared to the others is just how much more human they made Tony Stark, before he was just a playboy billionaire with a massive ego but now he’s an engaged man who’s waiting to marry the love of his life but feelings between the two are slowly being torn apart due to an anxiety disorder Tony has developed.

The terrorist attack on America doesn’t help Tony with his anxiety and both him and his fiance Pepper Potts are put in serious danger due to a drug that’s causing people to mutate into unstoppable killing machines putting the entire planet at risk.

Iron Man 3 is a great movie and I don’t understand the hate people have with it, I still prefer Iron Man 2 but this one isn’t too far behind.

The god of thunder is back and this time he has to save the 9 realms from a dark elf called Malekith, this Thor movie massively changes the tone of the orginal film, the first Thor was an action comedy about how a spoilt god handles life on earth but this time around his main purpose mostly leaves him in space protecting the 9 realms so the comedy aspect is greatly decreased

Without the humour of the original this movie shines in other areas, with all of the 9 kingdoms being the focus the visuals are just outstanding, you can tell that this is where a good chunk of the budget went, I praise the work of the artists and concept art designers for creating such an interesting world it’s stuff like this that really makes the Thor films stand out.

Most of the same actors from the first Thor movie return for the sequel and all of them do an excellent job and each is as lovable and as great as they were before.

With all of these positive things behind it I wish I could say that this film is better than the first but unfortunately I can’t say that, dark world isn’t bad in the slightest it’s just not as fun as the first film, I missed the comedy and I feel like it could have had some more action scenes, the romance and drama was better directed here so at least its got that, not great but not terrible Thor the Dark World is a good Marvel movie and their are much worse films in the MCU than this.

Captain America:  The Winter Soldier is the an amazing film and in my opinion one of the best in the MCU, it takes place 2 years after the events of the Avengers and follows Steve Rogers and how hes adapting to modern day life, after an attack on SHIELD Rogers and his colleagues Black Widow and the Falcon have to work together to defeat an unexpected enemy Bucky Barnes who has also had his body experimented on in a similar manner to the Capt.

Winter Soldier is a brilliantly shot film, the action scenes are fast paced but the camera angles used really help to show how great those sequences are, I really like the soundtrack considering how badly it was destroyed by critics due to its over use of electronic sounds, I don’t personally think this is the case but that’s just my opinion.

Either way with its great shots and wonderful cast this is one MCU film you do not want to miss. 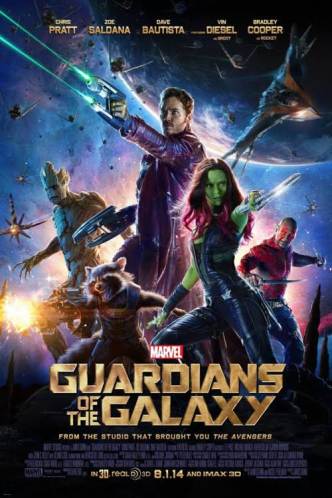 Guardians of the galaxy is absolutely brilliant, its quite different when compared to the marvel movies that came before it due to its less serious tone and eccentric characters, this change worked really well in guardians favour and helped it sky rocket to popularity.

For me one of the best parts of guardians of the galaxy is the visuals and set designs, because the film primarily takes place in space the worlds the film bases its self in are mind blowing, grand in colourful and have creative designs for plant life, architecture and of course aliens.

After raiding a Hydra base and discovering the staff once wielded by Loki is being used to experiment on humans,  Tony Stark and the rest of the Avengers defeat the Hydra leader responsible Wolf Gang Von Strucker with the help of two of his test subjects a man with super human speed and a woman with telekinetic powers, Tony Stark manages to retrieve the staff and later on Stark and Banner discover it contains an artificial intelligence which stark uses to power his Ultron global defence program, the program becomes sentient and believes it must destroy the human race in order to save the earth and after it gains control of the staff it destroys Tony Starks A.I. Jarvis and using the resources at the hydra base to build an army of robots all hell bent on taking over the planet leaving the avengers to clean up the mess that they essentially started.

Age of Ultron is a fun movie although it has nothing on the first film, it has a lot of great action scenes and wonderful special effects but it lacks in the more serious moments and it never really drew me in and a movie as big as this really should have, one positive is the soundtrack which is one of the best in the MCU in my opinion its intense and has a the perfect balance of energy and emotion to help it stand out but as a whole Age of Ultron is disappointing to say the least and without the charm of the original this one is nothing more than ok.

Ant-Man is the last film to be released in Phase 2 of the Marvel Cinematic Universe and as an epic finish to what has been a pretty great release of movies it’s a really good film but I wouldn’t say it’s fantastic.

The protagonist Scott is portrayed by Paul Rudd who was previously known for being in films such as the perks of being a wall flower and the 40 year old virgin, Rudd does a great job at playing the sneaky thief Scott Lang a character with plenty of charisma and genius to make him a very likeable character, a life of crime resulted in Scott being thrown in prison and the movie begins with his release and not long after this we learn about his young Daughter Cassie who wants to spend more time with her dad after not seeing him properly for four years while he was in prison.

Scott Lang an ex thief has not long been released from prison and is finding life on the outside to be very difficult, hes struggling to stay in employment due to his criminal past and keeping a job is the only way that his ex wife will let him see his daughter Cassie, in desperation Scott accepts another job only to find a suit that has the ability to shrink some one down to the size of an Ant. Scott soon discovers that he was chosen to use the suits technology in order to stop a man called Darren Cross from using the same technology to make a super weapon.

Ant-Man has some fantastic effects and cinematography, as you can imagine a film like this uses a lot of CGI but where it may normally look good but not realistic Ant-Man takes this to whole new level allowing the imagery to look almost real, the soundtrack is pretty good but it’s nothing to get excited about none of the music really sticks but it’s still quite fun to listen too, it’s the charm of Ant-Man that really makes it so great, in a similar manner to Guardians of the Galaxy there is no need to take this one too seriously which is obvious once you notice all of the forced clichés and comedic moments and that’s fine in a movie like this, the sillier nature works well for Guardians and the same can be said of Ant-Man an unusual way to end a phase of the MCU but it’s a still good none the less.