They Live is a 1988 Sci Fi and Horror movie written and Directed by John Carpenter. 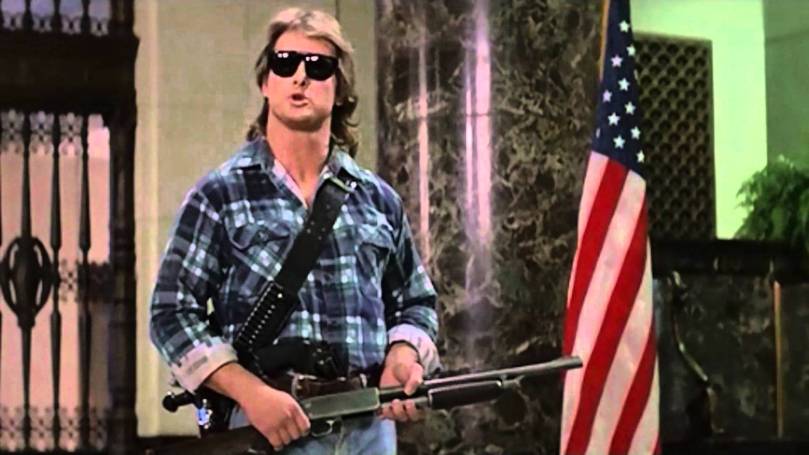 The movie stars professional wrestler Roddy Piper who plays John Nada a drifter who finds a construction job in LA, in the job he makes a friend called Frank Armitage who was played by Keith David.

While visiting a soup kitchen John Nada discovers a church in which a secret meeting is being held, after a police raid which destroys the shanty town where the church is located John returns to the church and finds boxes filled with sun glasses, it is quickly discovered that while wearing the glasses you are able to see subliminal messages such as consume, stay asleep and obey hidden behind advertisements as well as the ability to see alien creatures hiding behind human disguises, the aliens soon learn that John had learned their secret and he becomes a fugitive with his only chance of saving the human race is revealing the secret to the rest of the world.

The design for the aliens in They Live may look more like a zombie than it does an extraterrestrial,the reason for this design is so that it makes more sense that they could disguise them selves as humans due to the fact that they have similar bone structure and shape making them more believable when they are in disguise. 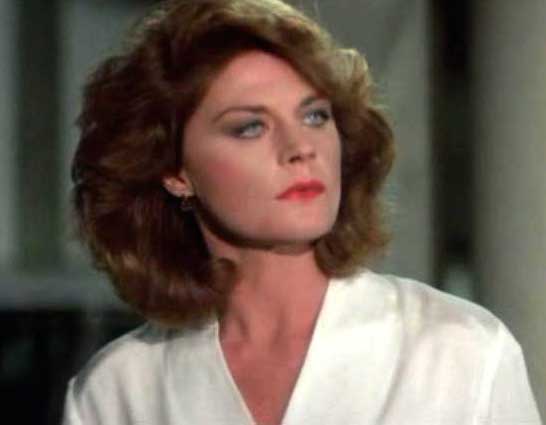 I have no complaints with the casting of the movie by far the best performance was Roddy Piper who did a lot of improvisation including the famous line “I came her to chew bubble gum and kick ass and I’m all out of bubble gum” as well as also giving a lot of help when filming an epic alley fight scene. Meg Foster also did a great job with her portrayal of Holly Thompson a Cable 54 assistant director and its only fair to mention Keith David who played Frank.

They Live is an awesome movie which is scary because in an odd sense its realistic, advertisements really can be quite corrupt and brain washing after watching the movie I began thinking about the advertisements I see, an ad for Mc Donalds is telling us to consume and things such as the law or general rules are forcing us to obey, perhaps I am thinking too much into the premise of a movie but the fact that it got me to stop and think is a sign of a very clever film.

I hope you enjoyed this review of They Live (1988) if you respect my opinion I will respect yours.