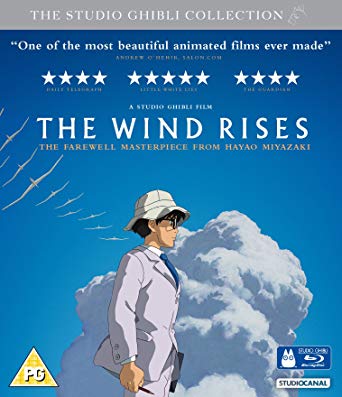 The Wind Rises is a biopic of Jiro Horikshi who invented the Mitsubishi AM5 a Japanese fighter plane that was used in World War 2. This was stated to be Hayao Miyazaki’s last ever feature film before his retirement making it a very important part of film history.

I love how ambitious of an inventor Jiro is in the film, I think this is a personal thing because I am very creative myself and I am very passionate about the things that I have made so I felt very connected to this character.

The dream sequences were my favourite part of the movie, they were all very creative and full of the imaginative imagery that you would expect from Miyazaki, this isn’t as crazy as some of his other work but it is still fantastic without going overboard.

There was a romance built up in the movie and while it was fine, I did feel that it didn’t make much difference to the plot and if it wasn’t there I do not think the movie would have been affected. 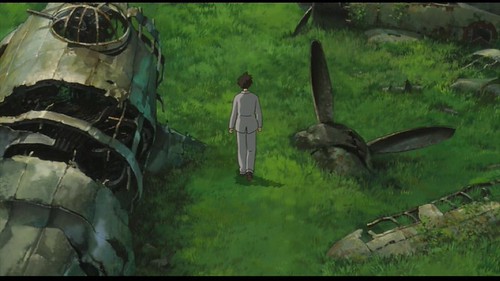 Spoiler ahead but I want to discuss how good the ending of the film is, its another dream sequence but at this point Japan had lost the war and it showed Jiro being regretful for making the planes but one of his heroes who appears in most of his dreams comforts him saying that his dream has been realised, the film ends on a sweet but sour note yes Jiro achieved his dream but at the cost that his dream was used to take many lives in one of the worst times in history.

The Wind Rises is a really interesting movie, it focuses more on the character and his inventions than it does the tragedy of war, I suppose if you wanted to see the effects of war you can watch Grave of the Fireflies, I really don’t know what to think of this one I really enjoyed it but it didn’t impact me the same way as Miyazaki’s other films, this one is really good and educational with some big names in its cast, Joseph Gordan Levitt, Elijah Wood, Martin Short and many others. I don’t its a movie to watch countless times but one viewing is well worth your while.

I hope you enjoyed this review of The Wind Rises