Tale as old as time? We’ll see about that

So Emma Watson takes the lead in this new adaptation of the much beloved animated classic and while I was afraid that she would do a miserable job playing such an important role, I will say that I was wrong and she was a perfect cast for the character, she gave a good performance which helped to represent Belle’s can do attitude and sense of adventure and for the most part you could tell she enjoyed playing the role, but the one and only issue I had was what everyone else has been saying, Emma Watson’s singing should have been dubbed, the poor girl couldn’t hold a tune to save the queen and this really took a lot of people out of the movies fantastic atmosphere.

The rest of the live action cast were also fine, they all gave energetic performances which matched their characters, this was especially good during the musical segments, however I hate the design of the furniture in the castle, in the original film the designs were bright and colourful, even the voice actors in the older animated movie put more effort into their voice acting but here these characters just look so ugly and unerringly creepy, this design works well on the beast because he is supposed to frighten you and he is supposed to be hideous, I don’t know if this was a design choice to help the castle match the beasts disturbing character design but it is honestly just awful. 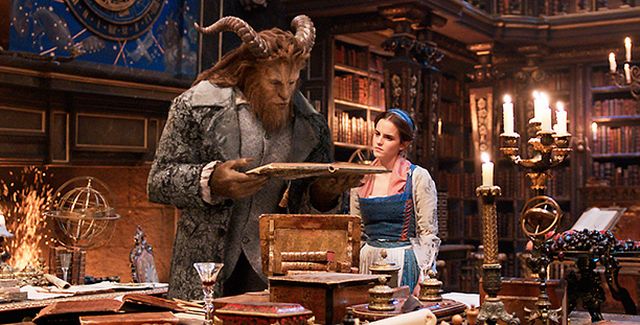 Those are my only real complaints with the movie as the rest of it was absolutely fantastic, it has all of the songs you love plus a few new and very well written original songs, the story here is slightly different to the original, this takes more from the book while adding it’s own few additions to the story, the reasoning for the prince being transformed into a beast is explained more clearly in this movie, we get an explanation to what happened to Belle’s mother and to top it all off even the ending isn’t quite as abrupt as the 1991 animated classic, its got all the charm of the original with a couple of mishaps but it makes up for it with the new additions to the story and amazing character performances, I am not even ashamed to say that this may be the better film of the two but only slightly, if you haven’t seen Beauty and the Beast in the cinema yet book your tickets as soon as you can and you wont be disappointed.

What did you think of Beauty and the Beast?

Do you agree with my opinion of the film?