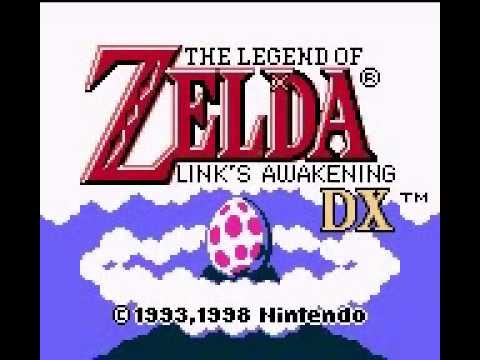 The Legend of Zelda: Links Awakening was released in 1993 for the Nintendo Gameboy, it was the first handheld game in the series and is by far the strangest. The game was re-released in 1998 for the Gameboy colour which is the version I am going to be focusing on in this review. I will be discussing the 2019 remake for the Nintendo Switch as well in order to see if it is better than the original.

After the events of The Legend of Zelda: A Link to the Past, Link travels by boat to various islands to train his skills however during one of his voyages a storm destroys the boat and causes him to be washed up on Koholint Island.

He is rescued by a young girl called Marin who takes him to her house, after Link recovers his sword a mysterious owl tells him that he must wake up the wind fish to go home, the wind fish is inside of a giant egg on top of a mountain and Link must recover eight instruments from dungeons to wake him up.

Links awakening mostly follows a very similar pattern to the games before it as you will need to travel across Koholint Island solving puzzles, meeting new characters, discovering dungeons and defeating bosses, two new items are introduced in this game, one of them is rocs feather which allows Link to jump over small gaps and attack flying enemies and the other is the Ocarina which Link can learn to play music on to trigger events in the game such as teleportation, raising the dead and eventually opening the final dungeon.

2D side scrolling sections return in this game but they are executed much better than they were in Zelda 2, these are short and sweet and are a lot of fun, they are also the best places to find enemies from the Super Mario series. Mario enemies are all over this game its really cool and fits the sillier nature of the title, when you play the game you will realise that it is quite silly and comedic, this a Zelda game that does not need to be taken seriously and that is something I would like to see more of in the future.

There are a few things that I feel really hold back this game from being one of the better games in the series. The map is really confusing as nothing is easy to find, almost all of the buildings look the same and are labelled as shops, I really wanted to collect all of the photographer pictures but when I tried to find the the building before I took on the final boss I could not find it and eventually gave up.

I also think that a lot of secrets or dungeons are too cryptic and hard to figure out in this title, some things are more obvious than others but a lot of the time because the dungeons all look so similar you will find your self pulling out your hair trying to get through them.

I think all of these issues could have been fixed with some labels added to the map and I can only hope that the 2019 version of the game fixes this.

Visually the game looks really good, for the gameboy’s limitations the developers pushed the system to put out  lots of colours and great animations.

I love this soundtrack, its really charming and fits the games setting really well, there are some classic Zelda tracks thrown in so you cant really go wrong, my favourite music is from Mabe village.

The Legend of Zelda: Links Awakening is an odd game to say the least, its very charming and to a lot of people its one of the best in the series, I personally enjoy the game but I don’t think it doesn’t have its faults. The confusing map added a lot of stress to my play-through but apart from that this is a good title and I would like to see a sillier game in the series again.

Recently the game has been remade for the Nintendo Switch 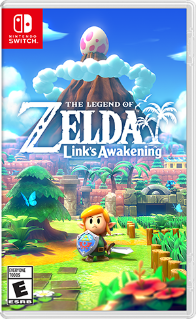 On September 20th 2019 a new HD remake of Links Awakening was released on the Nintendo Switch, the game came with a beautiful graphical upgrade and new and impressive renditions of the music, the new soundtrack is fantastic and is just as enjoyable as the originals soundtrack.

Unfortunately due to the game only releasing in the last 24 hours I could only find the soundtrack as one video however the up-loader has added time marks to skip tracks.

This game is filled with bug fixes and small improvements to the original game but I am only going to focus on the changes that I feel will have the biggest impact on returning players.

I love the new visuals, the game is extremely colourful and is a joy to look at, the designers took a very child friendly and almost toy inspired design for the game and it suits the silly nature of the adventure perfectly. the game is packed with wonderful visuals and smooth animations including a fully animated opening cut scene.

Some other important changes are new ways to play some of the minigames which are now much more challenging in my opinion, a much easier to read map that allows the player to place markers, the option to choose where to land after using warp pads and key items being assigned to buttons meaning that players do not have to go the inventory all of the time. 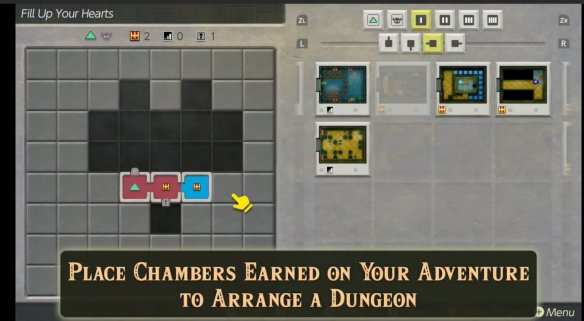 For me the worst part of the remake is its dungeon creator mode which replaces the photography in the game, players can use areas from dungeons they have finished to build new dungeons that they and their friends can play through. I generally do not enjoy creative game experiences like this so the loss of the photography which was my favourite part of the original game was a little upsetting for me.

Lack of photography or not it would be unfair to say that this is not the superior version of the game, it looks and sounds better and makes the experience a little less tedious than it used to be and that is exactly what you should expect from a remake, the developers put their hearts and souls into this and the outcome was a very good Zelda remaster.

I hope you enjoyed this review of The Legend of Zelda: Links Awakening