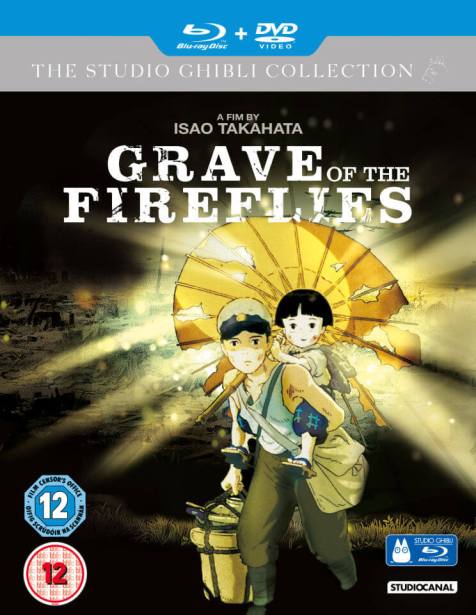 Directed by Isao Takahata Grave of the Fireflies is an Animated war film that is based on a story from 1967 with the same title. 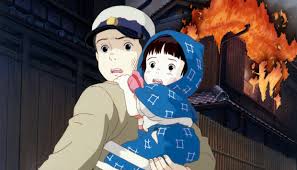 This is by far the most tragic film in the Studio Ghibli Collection it starts with the corpse of the main character Seita being searched by a Janitor in a train station, he takes a candy tin and throws it into a field and this releases the memory of Seita’s younger sister Setsuko who is joined by the memory of her brother,  they both board a train and then the film shows the struggle they went through during the end World War 2 that eventually lead to both of them dying. 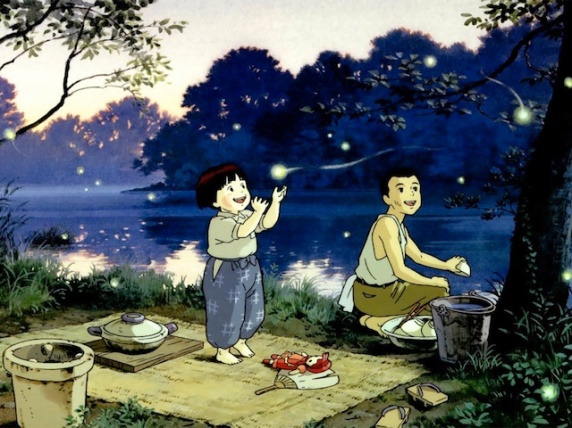 Even though the beginning the film shows that the outcome of these characters is not good, what makes the film worth watching is the message that it gives, throughout the journey audiences will be rooting for Seita and Setsuko to survive because of how well they get along and how much they truly love each-other. 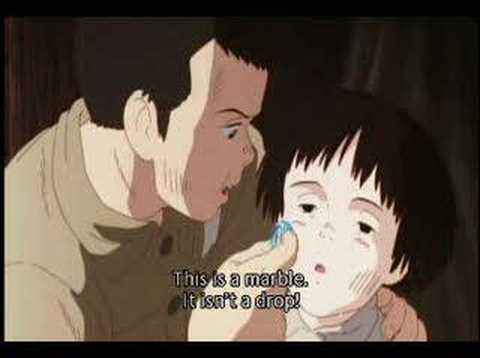 The tragedy of the film is truly Seita’s character, he wants the be the protector of his sister after their mother dies, but he doesn’t have a lot of experience doing this eventually pushing away everyone who tries to help them. Its his stubborn nature that causes the downfall in their story but he means so well and only wants the best. This makes the film extremely difficult and sad to watch its a really good movie with excellent animation and characters, I actually think that these are some of the best characters the studio has ever produced because they seem so real.

Grave of the Fireflies is one of the most hard to watch animated films ever made, its a great piece of cinema that shows that cartoons and animation really is not just for children and families, this film is not suitable for children and it definitely wasn’t made for them its a story that will cause emotion and pain for all who see it, its fantastically tragic.

I hope you enjoyed this review of Grave of the Fireflies