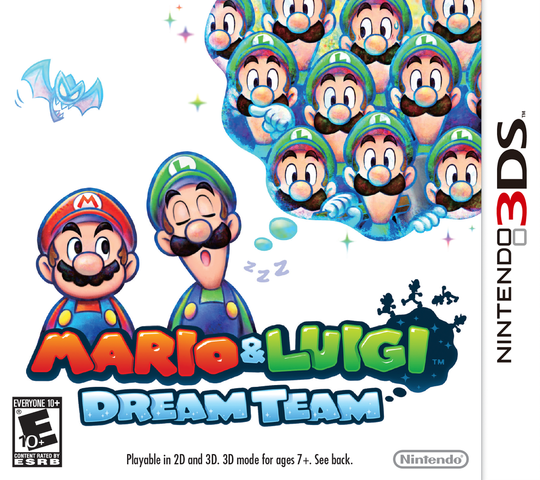 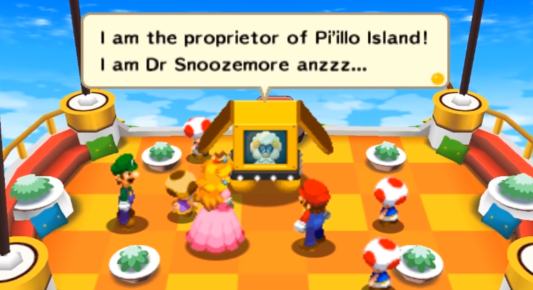 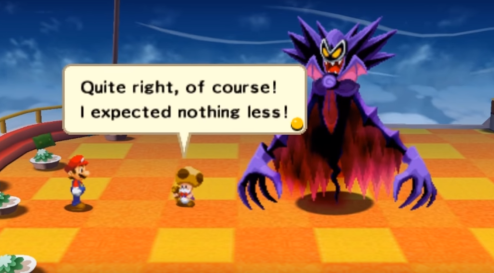 Mario and Luigi are invited to a new island called Pi’illo Island, the island is well known to be the home of a mysterious power that can make anyone fall asleep. On the way to the island an evil entity attacks Mario, Luigi, Toadsworth and Princess Peach. Mario defeats the villain and the blimp crashes onto Pi’illo Island. It is later revealed that the entity is called Antasma, Antasma teams up with Bowser to find and steal the Dream Stone, a magical stone that will grant someone unlimited wishes. Mario and Luigi work together to stop Bowser and Antasma in order to save Pi’illo Island. 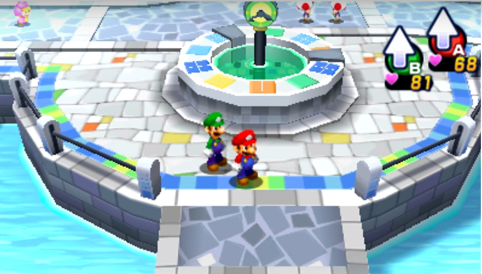 The game-play follows the similar design of the other games in the series, it is a turn based role playing game where players will need to level up by defeating enemies and by leveling up you will add more points to your statistics allowing your skills to advance throughout the game. There are many areas to explore and many enemies and bosses to defeat. 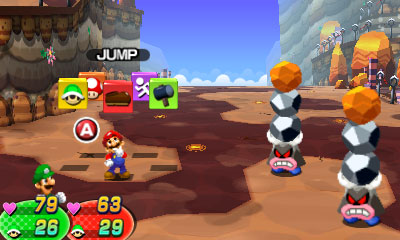 When you are in battle in the real world of the game you have three ways to attack the enemy, you can jump on them, hit them with a hammer or perform a bro attack, bro attacks are special moves which entail Mario and Luigi working together to pull off a powerful attack, every game has unique bro attacks. 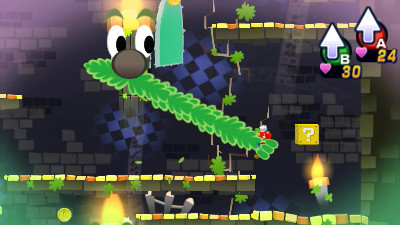 What makes this game in the series stand out is that you can travel between the real world of the game and the dream world, in the dream world the game has a 2D perspective similar to the classic Mario games we have grown up with in the past. In this dream world Luigi’s dreamy counterpart works with Mario and is able to shape shift into various things in order to help Mario traverse across the dream world.

Battles in the dream world are still turn based however attacks are slightly different since now both Mario and dreamy Luigi fight as one and the Dream world has Luiginary attacks instead of bro attacks, they work in a similar manner but do more serious damage than the regular bro attacks. 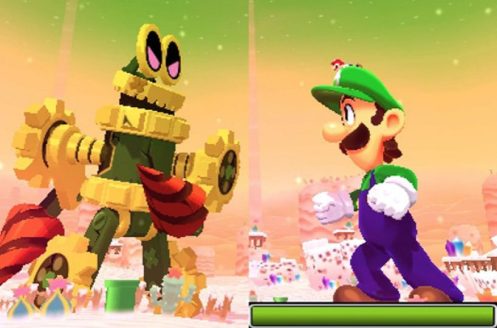 Sometimes in the dream world you will a have to take part in 3D battles against large enemies, during these sections you have to turn your 3DS side ways and attack the enemy using the touchscreen on the 3DS.

The visuals are very nice but they are not anything special, the game does not push the 3DS visual output although it doesn’t need to in an RPG, the game is full of bright colors that pop and environments that are lovely to look at which is all that is needed. the game also comes with plenty of fun animations that help to make the series as hilarious and charming as it is.

The soundtrack is fantastic, it ranges from nice and cheerful music to dark and sinister music  depending on the areas that you are in and just like the music from the rest of the series you wont regret listening to music from this game.

With all the praise I have given the game I must say that I was a little bit disappointing with this entry, it is a lot of fun to play and the new types of gameplay introduced are pretty cool but the game is quite annoying especially during the first few hours, tutorials and explantations about how to play are shoved down your throat so much that at times I was getting seriously frustrated. I also found that I wasnt interested in the plot or any of the dialogue in the game which is one of things that makes the series so unique and special. With all of this in mind this is a good game but its for from one of my favorites 7.2/10

I hope you enjoyed this review of Mario and Luigi: Dream Team Bros for the Nintendo 3DS

I have also reviewed Mario and Luigi Super Star Saga