Not a Halloween review, there will be another spooky review but regardless of the fact that its October I feel a need to discuss this, Its important for all nerd kind

This is it, It’s finally happened Codename NX has been revealed and I am so excited I can hardly contain myself,

Link  to the Reveal Trailer

We still don’t know everything about Nintendo’s newest system but we have just been given a lot of important information, first of all the name is not going to be the Nintendo NX but it is instead called the Nintendo Switch.

The reason for this name is because you are going to be able to play the system at home and on the go, sort of like a handheld/home console hybrid, included in the reveal trailer were a few unseen clips of the upcoming Legend of Zelda: Breath of the Wild and from what I have seen so far the game looks amazing.

The screen shot here confirms the use of cartridges over the more modern Blu-Ray Disks we use for most consoles today, for old school gamers like me who grew up playing cartridges this is very exciting news but for more modern gamer’s it may be a little bit too unusual but have no fear because not only can cartridges hold much more data than a Blu-Ray Disk but they are also incredibly cheap to make which may mean that Nintendo Switch games may be sold for a lot less than games were for the Wii U, however cartridges are no where near as fast to load up as a Blu-Ray Disk so speed may be an issue for the new system lets just hope that the Nintendo Switch has a good processor and a lot of Ram to make up for this, the use of cartridges does make it extremely unlikely for backwards compatibility with the Wii U but it is possible that maybe we will able to play our 3DS games on the Television

From this picture we can see that we will be able to detach the sides of the gamepad to use them as controllers when we are playing on the go, to me it looks as if it is going to be a similar set up to a Wiimote and Nunchuck but the entire thing will be wireless and of course the button layout will likely be different, also it is shown here that the Nintendo Switch gamepad will have a feature on the back which can help stand it up right so we can relax on the train/bus while we are playing. 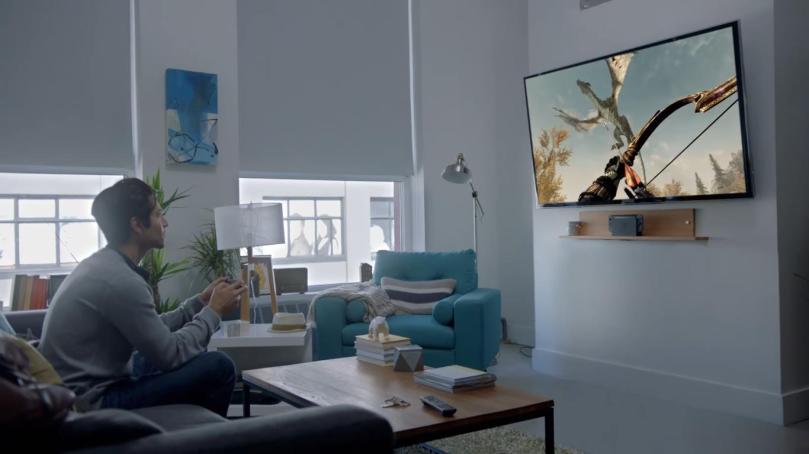 As you can see he is now playing on his TV and he is able to switch from TV to on the go mode whenever he wants, just so you are aware he is currently playing an Elder Scrolls game, I am not sure whether it is Skyrim Remastered or an upcoming game in the series but that is not important, what is important however is that this is a very good sign that we will see a lot of third party support. 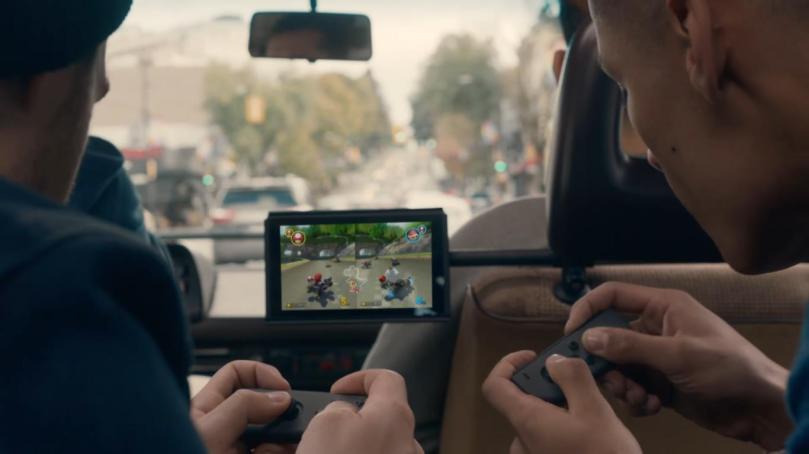 A new Mario Kart or a port of Mario Kart 8? who knows but still very exciting none the less

Possibly a reveal that the more popular sports games are coming to the system? not my thing but I am aware that there is definitely a massive market for these titles.

Is this a teaser for Super Mario run that is to be released on the smart phone market soon or is it a teaser for an upcoming Mario adventure? the Amiibos on the counter seem to indicate that Amiibo compatibility with the system will be available in the future.

This is a screen shot taken of what I am assuming is to be the new Pro Controller, I personally do not like the design here, to me its looks ugly and boring so I am hoping that it will be more colourful and appealing to myself in the future.

I’m not sure if this is the original Splatoon or not but it definitely looks cleaner and graphically improved so it could possibly be a sequel. 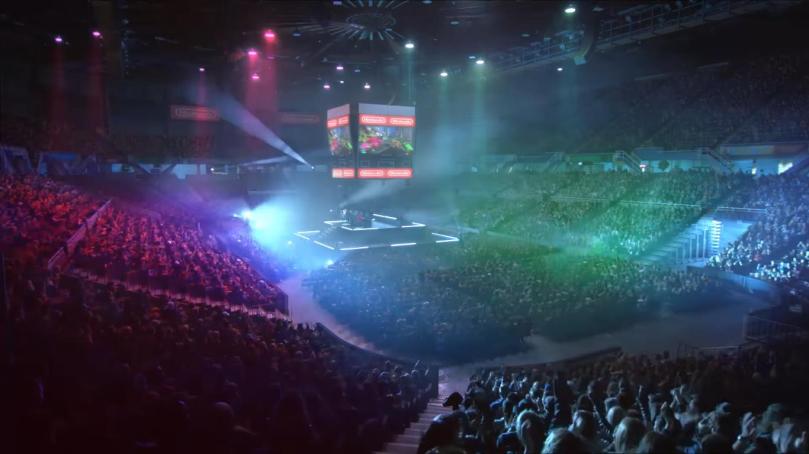 The weirdest part of the Splatoon reveal was that it seems like it was played in a stadium and I don’t recall hearing anything about an event like this so I am certain that this part of the reveal was made using CGI but I could be wrong.

With a release date of March 2017 that is everything we know about the Nintendo Switch so far, it looks very promising but I do wish that Nintendo at least gave us an idea on the price since the system is only 5-6 months away from release it just seem like now would be a great time for this information to be released, to be honest we should able to pre-order the system by now but that is the only thing that’s really bugging me about the trailer.