Before reading this review, I highly suggest checking out my reviews of Shovel of Hope and Plague of Shadows 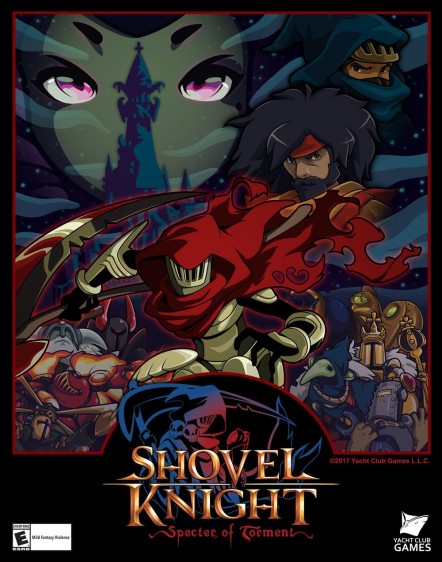 Shovel Knight: Specter of Torment was the second alternative campaign added to the Shovel Knight Treasure Trove, it stars Specter Knight and was released on March 3rd 2017. 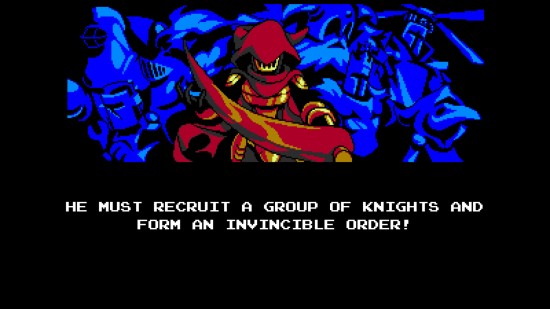 Spectre Knight has been given the task of creating an army for the Enchantress, he must travel across various lands to find Knights that would be the perfect choice for her planned order of the no quarter, the plot is quite simple however it stands out for being a prequel to the original Shovel Knight game. 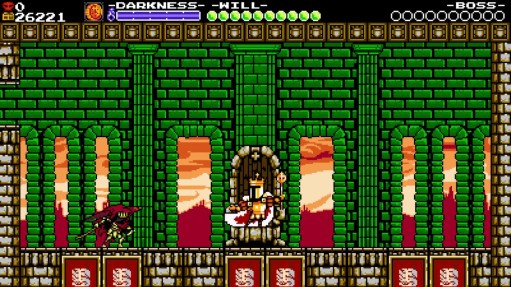 Similarly to Plague of Shadows the levels and overall boss fights are the same as the original game and while Spectre of Torment has a different plot apart from that there are only a few differences to the game-play.

The major difference is how you traverse the levels and take on enemies and bosses, in this game your primary weapon is your scythe and you use it to both attack enemies and propel yourself into the air, you can propel yourself from both environmental items and regular enemies.

Specter Knight has a large arsenal he can play with all of these abilities are called curios and can be bought using the red skulls you collect in levels, my top three curios were

The judgement rush – a magical jewel that can be used to attack the closest enemy.

Will and Darkness wisps are hidden in levels allowing you increase your power and ability to use curios. 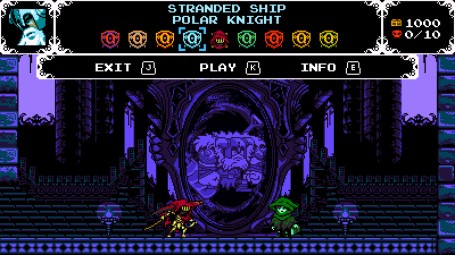 Instead of a world map this time around we get a very simple level select and to be honest I think I preferred this as it was really quick to get to levels with no back tracking needed.

We are treated to more exclusive new tracks in this game and they are really good, they all have an epic but slightly emotional and tragic feel, this suits the nature and the ongoing plot of this game really excellently and you cannot ask for more than that.

Overall another fantastic game from Yaught Club and a great prequel to the events of Shovel Knight. It is similar to the other games but there is something about this one that makes it feel a little more fresh, its short which is fantastic for a quick game to run through time to time and its unique game-play is really easy to get the hang of, I have only good things to say about this one and its only fair to rate it the same as the original game a strong 10/10

I hope you enjoyed this review of Shovel Knight: Specter of Torment