So a few weeks ago Nintendo released a press conference where they talked about new content in upcoming games as well as announcing some release dates for big Nintendo titles, one of my favourite announcements from the conference was that you can now purchase N64 and NDS games on the E-shop for the Wii U, I’m not too interested in the N64 virtual console as I do prefer to get most of my N64 as physical copies but the realisation that I can now play NDS games on my TV literally made me squeal like a little girl who got given a kitten covered in candy floss for Christmas and I just want to hug Nintendo into eternity right now, at the moment there is only two DS games available on the E-shop Mario Kart DS and Wario Ware touched and I was a little disappointed with this considering that the USA got Yoshi’s Island DS while Europe has to wait until May.

I may have been a little disappointed but I am still super hyped for what DS games Nintendo will bring to the E-shop and in celebration of the announcement here are my top 5 DS games I want to see on Wii U E-Shop. 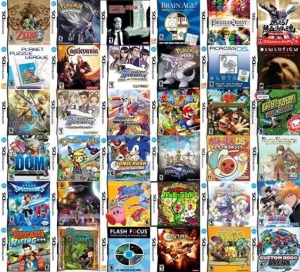 As some of you may know New Super Mario Bros is one of my favourite Mario games of all time, it is essentially a remake of the original Super Mario Bros but with a few changes the most obvious change is the more modern graphics, the game also has a variety of music tracks, new power ups and a well detailed over world similar to Super Mario Bros 3, the reason this is so low on the list is because it honestly isn’t that exciting compared to my other choices but needless to say I think this game would look awesome on the Virtual Console.

The professor Layton games are these surprisingly in depth puzzles games made by Level 5 Studios, the games follow the adventures of Professor Layton and his side kick Luke Triton, each game has our two protagonists working together to solve the hidden mysteries of different towns and villages, you slowly solve these mysteries by finishing many puzzles and answering many riddles through out the games, the Professor Layton series are great games to play by yourself on a handheld but I think it would be interesting to play them on the TV because with a bigger screen you and your friends can try to solve to puzzles together which seems like it would be a lot of fun also the games have fully animated cut scenes which I’m sure would be a real treat to watch on a larger screen. 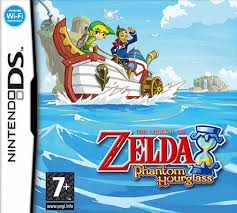 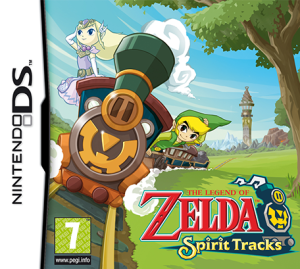 A few weeks ago I finally finished playing through Wind Waker and I had a lot of fun with it but I didn’t enjoy it as much I have enjoyed other games in the series which is why its two sequels are only at the number three spot on this list, these two Zelda games are very unique as they are controlled completely with the touch screen which is a concept I find very interesting as I believe it will add more of a challenge compared to how easy Wind Waker was, this is also the main reason why I want to play the two DS games as I want to see how the challenge differs as well to see what happens next in Wind Waker’s story.

2. Mario and Luigi Partners in Time/Bowser’s Inside Story 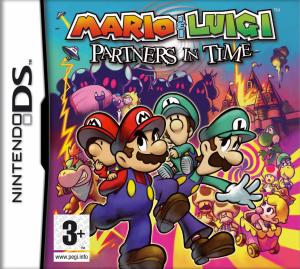 I recently downloaded Mario and Luigi Super Star Saga for the GBA on the E-Shop and boy am I glad I did, the Mario and Luigi games are these surprisingly hilarious and well written RPG’s from Nintendo, the plots are always silly and the games are full of interesting characters and clever jokes, Super Star Saga is slowly becoming one of my favourite RPG’s of all time as it reminds me a lot of Super Mario RPG for the SNES, these games are charming, very challenging but fair and full of that Nintendo flavour so I really hope that Nintendo put these games on the E-Shop as I cant wait to play them all.

1.Any of the DS Pokemon Games

Seriously Nintendo this needs to happen because not only would it be awesome it would also be extremely useful, I know many people who like to play the Pokemon Game Boy games using their super game boy’s and the Game Boy Advance games using the Game cube GBA adapter, the Pokemon series is a lot of fun to play on the move but personally I always have more fun playing them on the TV and I’m sure a lot of other people do too.

three reasons why Pokemon on the E-Shop will be useful

1. TV’s don’t have a battery life so you can play Pokemon all day without having to charge the console every four hours, the pokemon games are really long and require many hours of grinding so his will help.

2. Your friends dont need to climb all over you to watch you play the game, Pokemon games can get pretty intense and if like me you have friends who get overly excited when you find a shiny you will most likely have 10 different people crowding around your DS at the same time and with a TV this is not such a huge a deal as all of your friends can watch no matter where they sit on the couch.

3. Save States, there is no denying that the Pokemon games are tough and require a lot of patience the only way to retry a battle or a puzzle if you mess up is to either lose or reset the game which is extremely annoying , playing a Pokemon game on the Virtual console will allow save states which are going to be very useful as it make the whole experience less stressful and the best part is that you don’t have to use them so any hardcore Pokemon players wont be disappointed

The only problem I can see people complaining about is the lack or online battles and trading as it seems that this feature will be unavailable due to the original Nintendo Wifi Connection being shut down, but I have a feeling that Nintendo might be able to use their magic to some how make the online capabilities work.

Thanks for reading my top 5 DS games I want on Wii U E-Shop I realise that most of these are Nintendo titles but I cant really help that I’m a bit of a Nintendo addict, although my number 6 spot would go to the Drawn to Life games which I also hope get ported to E-Shop soon, what DS games would you like to see on the E-Shop?

thanks for reading this blog

Also me and some friends have recently started playing games together so please check out our new YouTube Channel Hoenn Rangers, We haven’t played any DS games yet but I’m sure we will some time in the future.